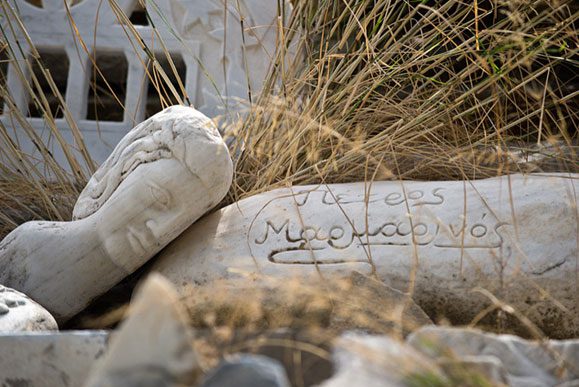 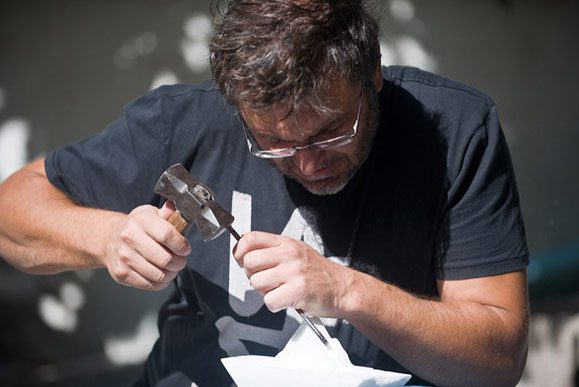 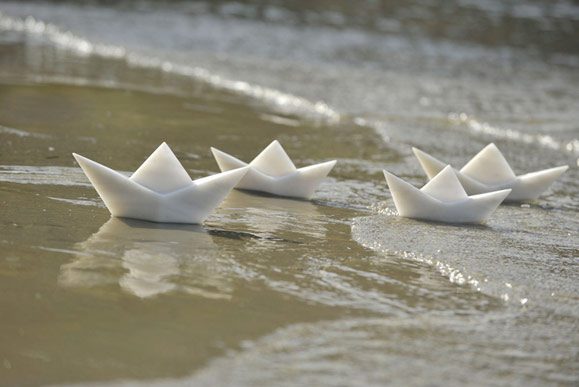 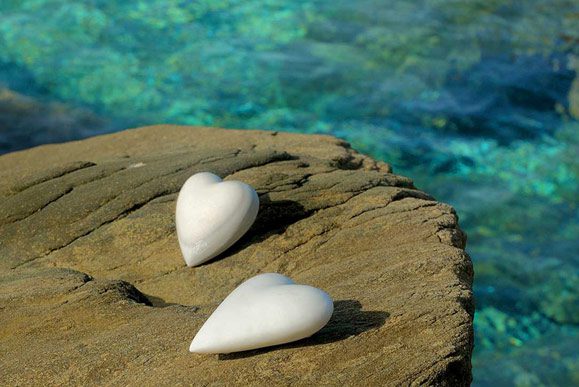 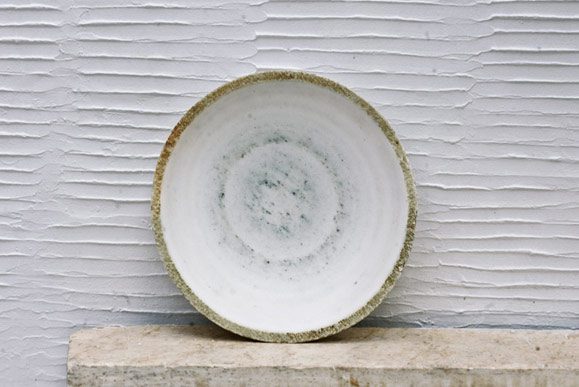 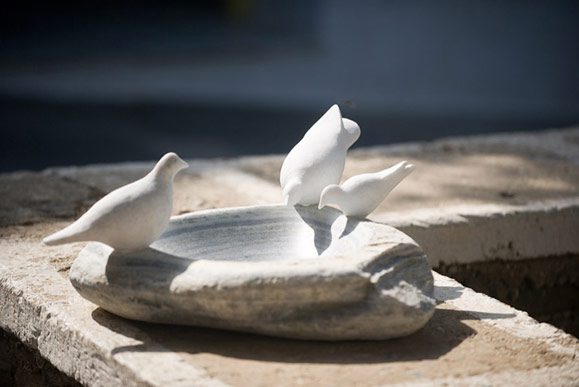 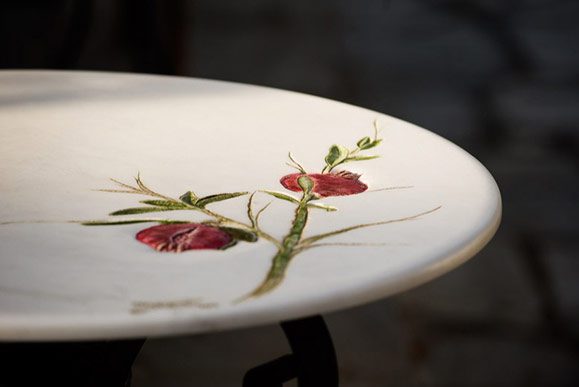 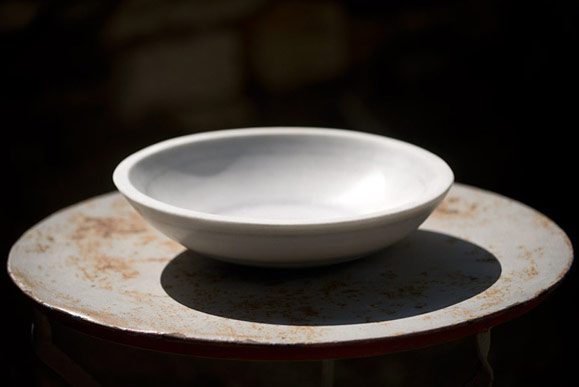 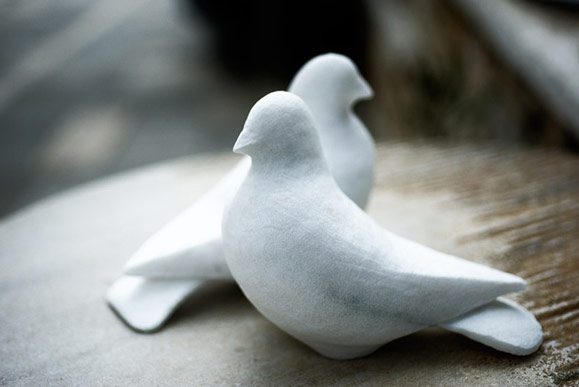 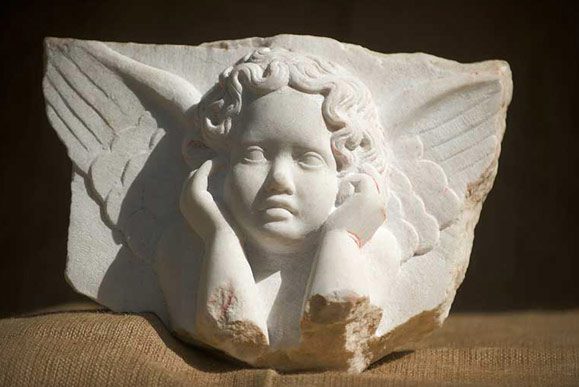 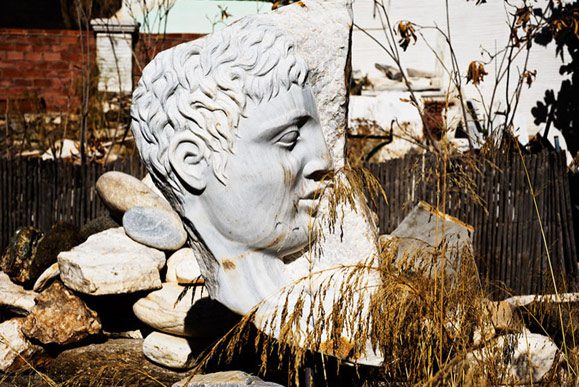 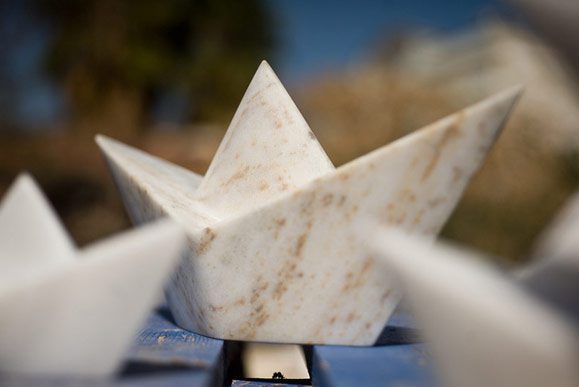 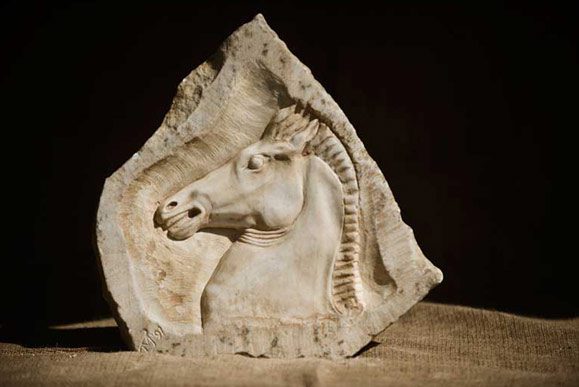 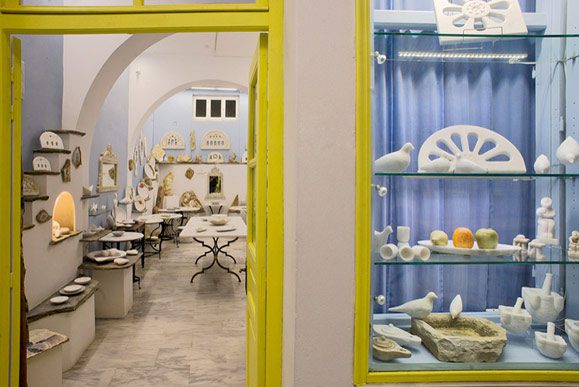 Born in the Greek island of Tinos, in Pyrgos village, Petros Marmarinos followed his family’s long artistic tradition to be a sculptor and studied at the local School of Fine Arts. Pyrgos is the birthplace for some of the best marble sculptors who have showcased many great unique samples of their art in Greece and abroad. Pyrgos village is the home of marble sculpture, an art that has been officially recognized and inscribed on UNESCO’s World Intangible Cultural Heritage list.

In 1995, Petros Marmarinos keeps his own workshop and showroom, he is an active community member of the historic town of Pyrgos and carries on the old tradition of marble sculpture. He creates objects of various dimensions as well as accepting commissions to create works for decorating internal and external spaces.

His famous “white doves” and “paper boats” all made from marble are some of his signature artworks. Very distinctive are also the household objects he creates. These include marble platers and tables – decorated with olives, pomegranates, ears of corn and grapes – and marble rum shots. They are either left on their natural bright white color, or they are colored drawing reference from ancient Greek sculpture.

His art is a coexistence of ancient and modern sculpture, of stones and marble, of intensity and harmony, of light and shadow… Designs that compose a very special tone and style within his artworks.