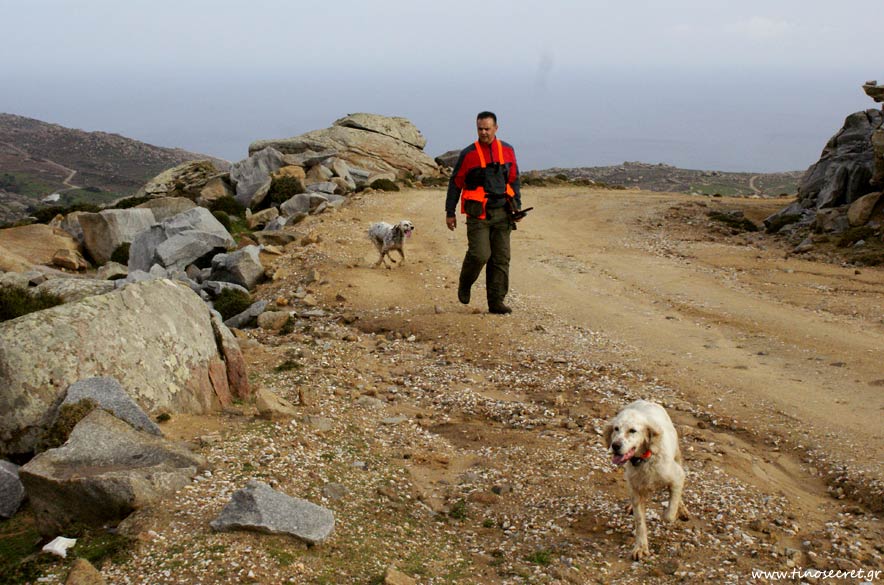 Tinos Hunting: hunting has always been closely connected with the inhabitants’ life on the island.

Indicative of Tinian tradition in hunting was the custom under which the hare was a key and indispensable dish on the wedding table as well as a proof of the hunting showmanship of the groom.

In the late 2000s, the Hunting Association of Tinos numbered about 700 members, indicative of the high proportion of hunters in relation to the total population of the island (one hunter / 12 residents approximately).

In older times, Tinos used to be a famous hunting place as it formed the main passage of emigration for multitudinous, at the time, swarms for migratory birds.

Over the years, the game dropped as a result of human intervention in the environment.
The Hunting Association of Tinos has been equipped with a cage for the customization of games and through frequent releases, its members care for the enrichment of the island game.

The endemic game, a hunter will meet in Tinos Hunting: rabbits, hares, partridges and pigeons.

In Tinos, hunting is prohibited in Tsiknias as far as the path to Livada (the area is protected by the program Natura 2000). You may get information about possible changes by the Hunting Association of Tinos (Τel/Fax: 22830-23401, E-mail: kstinou@otenet.gr)