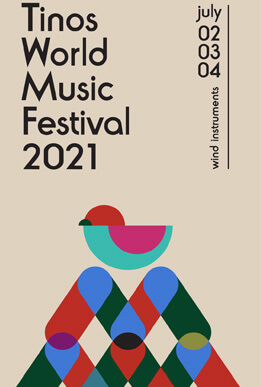 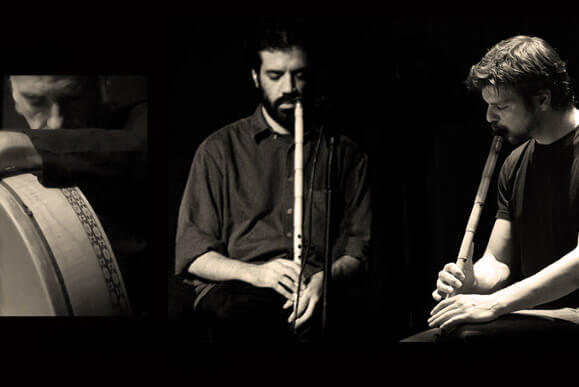 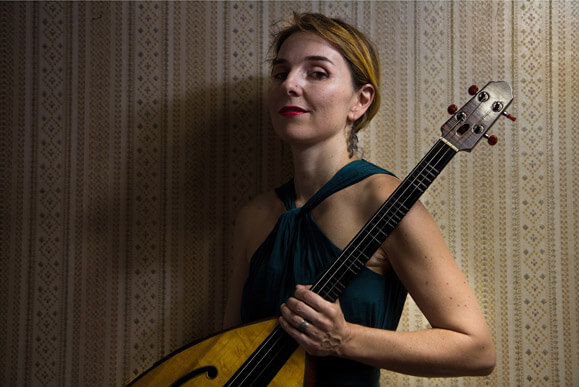 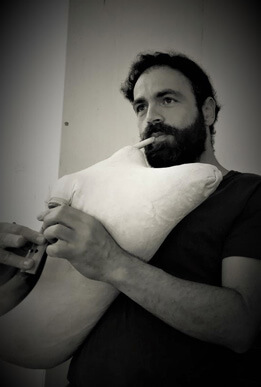 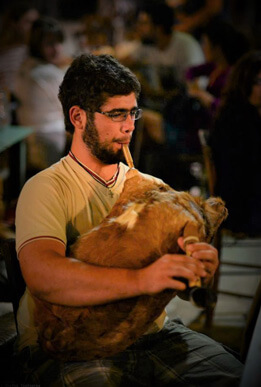 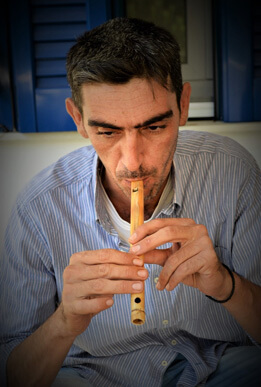 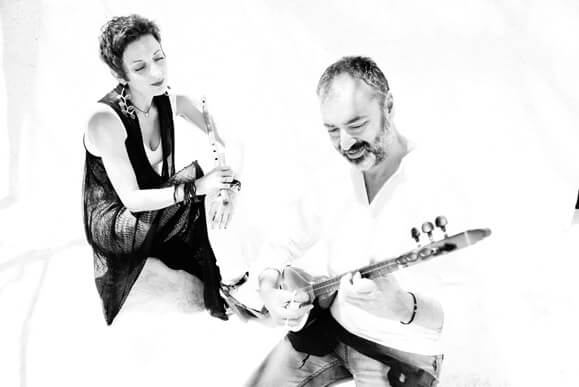 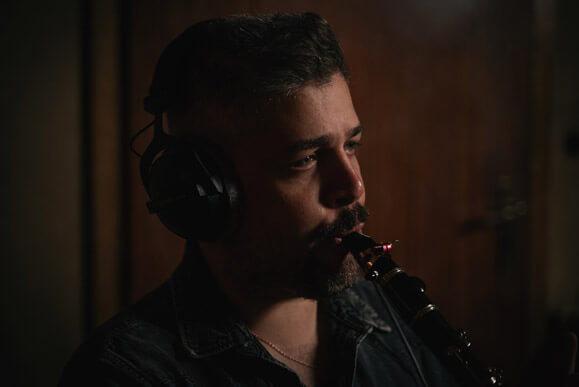 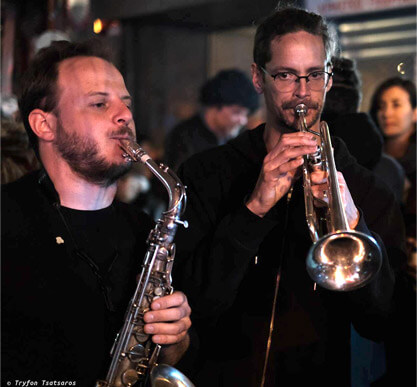 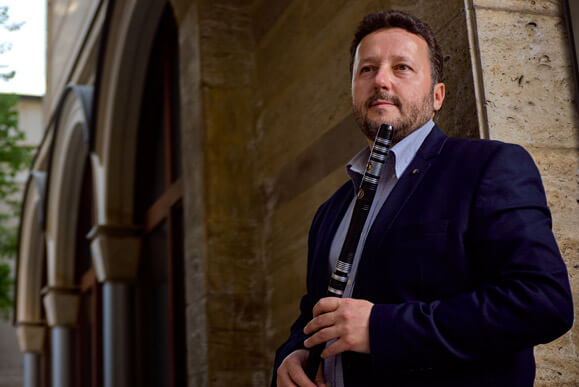 Tinos World Music Festival returns anew from the 2nd to the 4th of July in Tinos and is dedicated to the wind instruments of Greece and the Balkans. From the thiamboli –the traditional flute of Crete– to the ney –the reed pipe of the Dervishes– and from the impressive brass instruments of the Balkans to the Dionysian tsampouna –the askavlos of the Cyclades!

After two years of “forced” absence, the festival, which since 2013 has been presenting the contemporary music creation and highlighting the enormous wealth of the folk musical traditions of Greece, the Balkans and the Eastern Mediterranean, makes a dynamic comeback aiming to promote the work of important artists who assimilate in a creative way the traditional music of their homelands.

With new collaborations, original music workshops and appearances of distinguished musicians, the 7th Tinos World Music Festival, will be one of the most interesting musical events of the Cyclades this summer, always with free entrance for the public.

A three-day celebration that will take us on a journey through old and contemporary musical paths. A celebration where the breath turns into music!

The festival opens with the duet “Antama”. Eirini Derebei in thiamboli and voice and Karolos Kouklakis in bulgari, carry us away with melodies and tunes springing from the mountain ranges and gorges of Crete. The two musicians met in 1993, on the occasion of the creation of the musical group “Paleina Seferia”. With the music of Crete and their personal interpretation style as a starting point they signed for three discographic works, the most recent focused on the music of Crete, staring the flutes and the string instruments such as the thiamboli (Cretan wind instrument) and the bulgari (Cretan tambouras).

Dionysis Theodosis on the clarinet, converses on stage with Paschalis Papazoudis on the piano and Dimitris Sintos on the double bass, in a musical performance of improvisation, where the clarinet of the tradition meets the music of the world, between Andalusia and Beirut. With the experience of the folk music traditions of Greece and the Mediterranean, the experiences of the Byzantine music and the influences of the world scene, Dionysis Theodosis brings to TWMF compositions from his upcoming album “Life after life” and renegotiates the traditional role of the clarinet, drawing on the folk musical forms of its origins.

Ney and percussion converse, improvise and get inspiration by the long traditions they carry but also by the present day. The three distinguished musicians, Harris Lambrakis and Nikos Paraoulakis on the ney and Solis Barkis on percussion, seek their connection between then and now, through the sound of these primordial instruments.

Nedyalko Nedyalkov, one of the most important musicians in Bulgaria, returns to TWMF, in a concert starring kaval, the traditional Bulgarian flute. With many years of presence in both the area of traditional Balkan music and the international space of contemporary music, Nedyalkov has developed a personal style of playing and composing. On the stage of the TWMF he will be accompanied by Paschalis Papazoudis (piano, guitar), Giorgos Ventouris (double bass), Vagelis Karipis (percussion) and Martha Mavroidi (electric lafta, voice).

The Balkan music band Medusa Brass Band takes us to Northern Greece and the Balkans through the sounds of brass instruments. Six musicians of different origins weave the traditions of the southern Slavs and Northern Greece, causing even the most rigid listeners to dance!

The festival closes its curtains with a concert dedicated to the Cycladic tsampouna. An instrument with a long tradition in the Cycladic islands that was side-lined by the violin, but is now making a comeback to musical practice, thanks to the efforts of a new generation of musicians. Three players of the tsampouna, Theodoros Chiou from Tinos, Akrivos Zervos from Syros and Stavros Larios from Andros, accompanied by the Yiannis Michail on the lute and Konstantinos Vidalis on the lute guitar, both from Tinos, will present songs and tunes from the Cyclades and the Aegean.

Admission for the public is free, on a first-come, first-served basis.
The festival will follow the official protocols for public health.

Workshops
In 2021 the Tinos World Music Festival expands its activities, launching a series of educational programs in collaboration with the Museum of Marble Crafts of the Piraeus Bank Group Cultural Foundation (PIOP). This year there will be a workshop on the Cycladic “zygia”, the musical “couple” of tsampouna with tubaki. In addition, on the occasion of the bicentennial of the Greek Revolution, a traditional song workshop for adults is planned on the theme “The songs of 1821” with songs from various parts of Greece related to the heroes and events of the Greek Revolution. The workshops will be held in the open spaces of the Museum of Marble Crafts PIOP, located in Pyrgos.

TWMF and Museum of Marble Crafts
The collaboration of Tinos World Music Festival with the Piraeus Bank Group Cultural Foundation (PIOP) aims to use the many years of experience of the Foundation in terms of cultural events as well as educational programs, in order to promote the viability of the festival. It will utilise, for its events and workshops, the open spaces of the Museum of Marble Crafts PIOP, located in Pyrgos, while attempting to attract audiences from other areas of Tinos. By presenting one of the three days of the events, with the participation of musicians from Tinos and the surrounding islands, at the Museum, the festival aims to establish a meeting point for young musicians from the Cyclades.

The TWMF is being organised by the Cultural Foundation of Tinos and the Creative Musical Island, co-hosted by the Museum of Marble Crafts of the Piraeus Bank Group Cultural Foundation (PIOP), the Region of South Aegean and with a donation from the AEGEAS Non-Profit Civil Company.