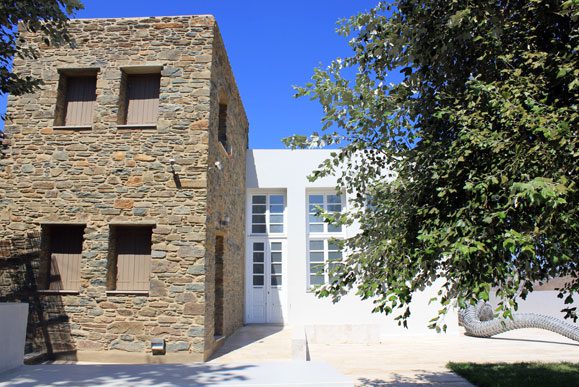 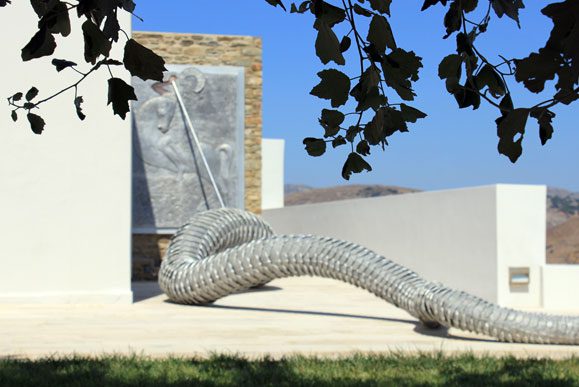 The spectrum of Fine Arts of the Aegean Sea has recently been enriched with the Costas Tsoclis museum, in Tinos.

The former primary school of Kambos village in Tinos, formely deserted by students, has recently been extended and reused as the space that houses Kostas Tsocli’s works of art. The Costas Tsoclis museum, dedicated to the people of Tinos, adapts to new museological requirements and returns the “space”, it borrows, to knowledge redefined in the light of the artistic eye.

St. George with the dragon welcomes the visitor in the courtyard, while the architecture of the building has been designed by Manos Perrakis in absolute accordance with the aesthetics of the island where the white color and the stone play a dominating role.

Costas Tsoclis envisioned this museum as his spiritual child and it is in this museum where we will be able to see not only his work ever renewed but also references to the work of other artists with whom he followed parallel paths. Mostly, however, the museum can be seen as a form of his own biography. 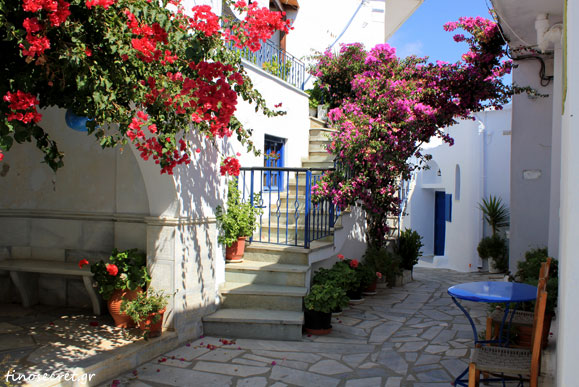