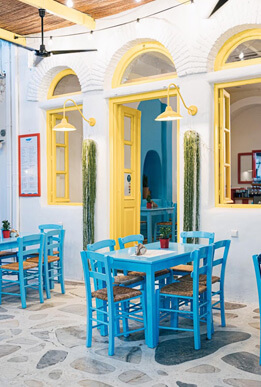 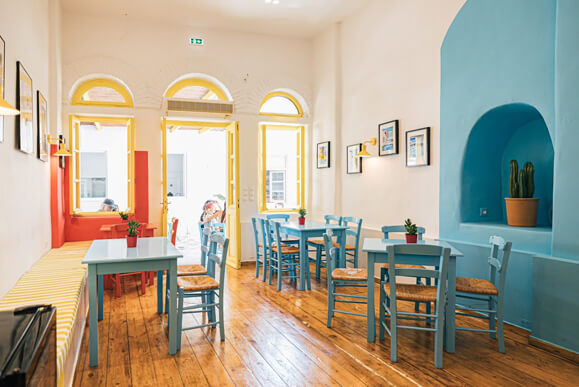 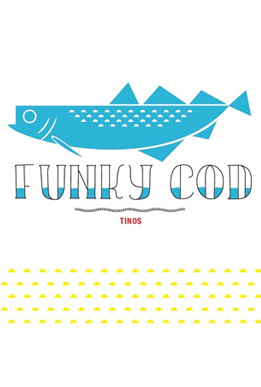 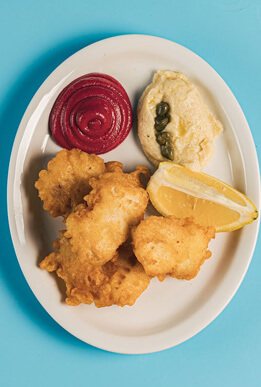 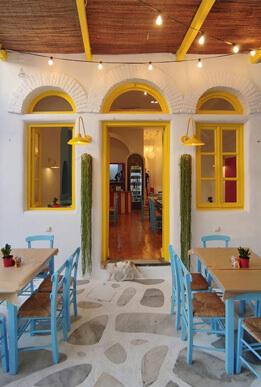 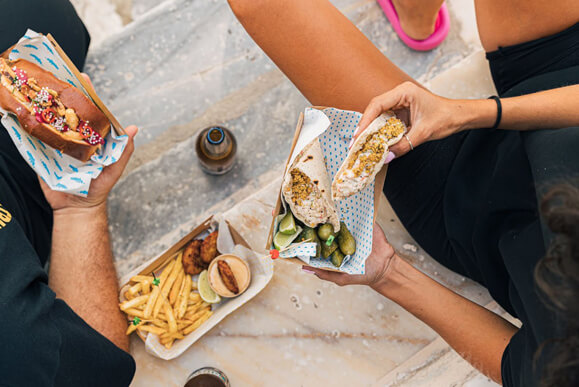 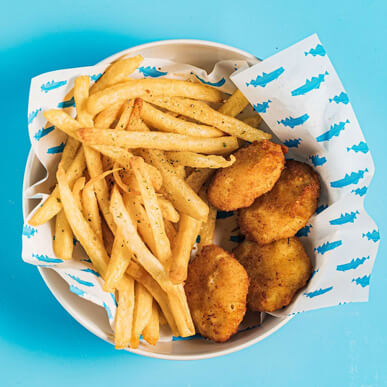 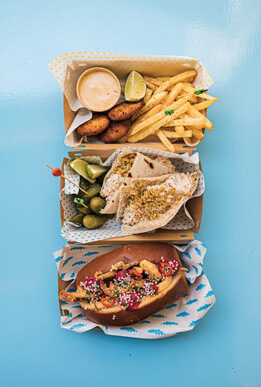 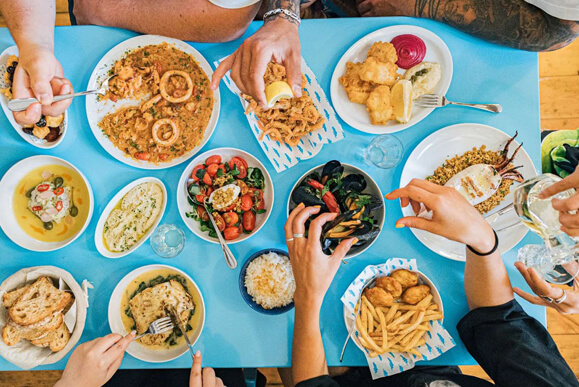 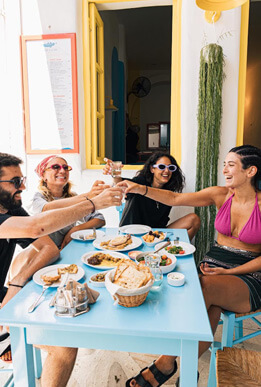 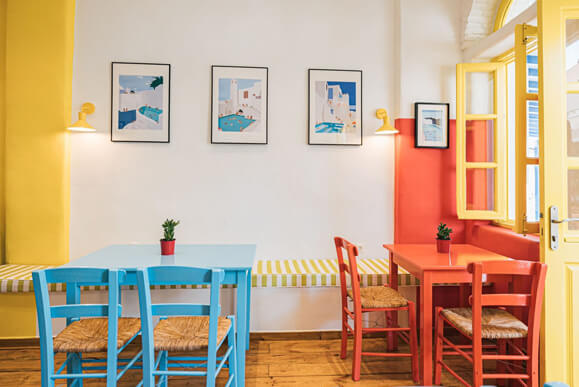 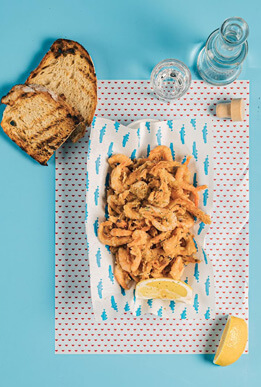 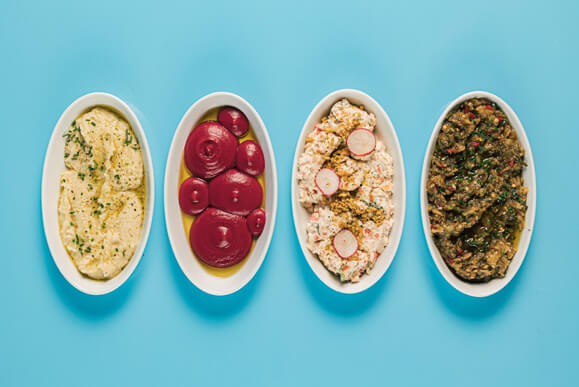 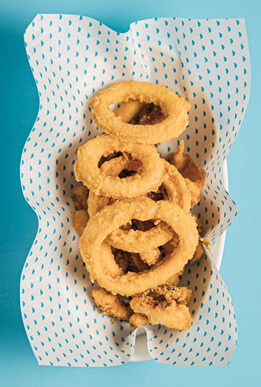 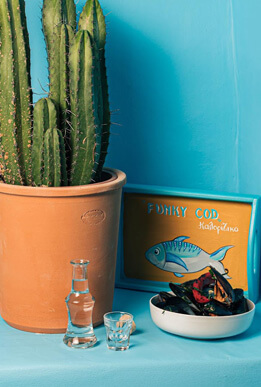 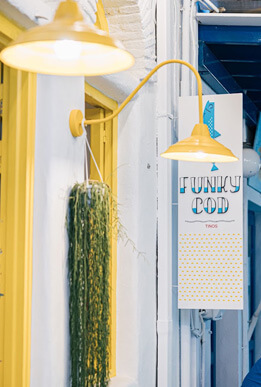 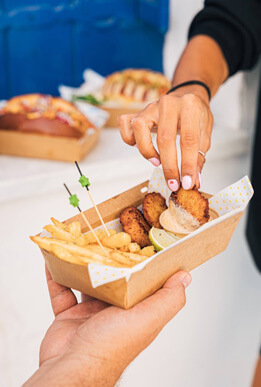 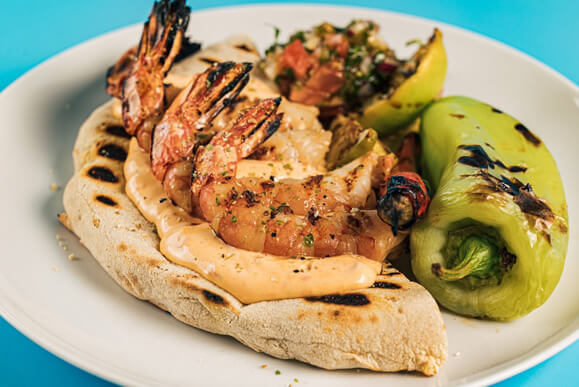 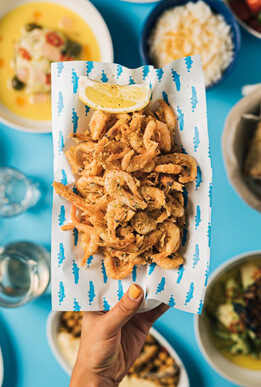 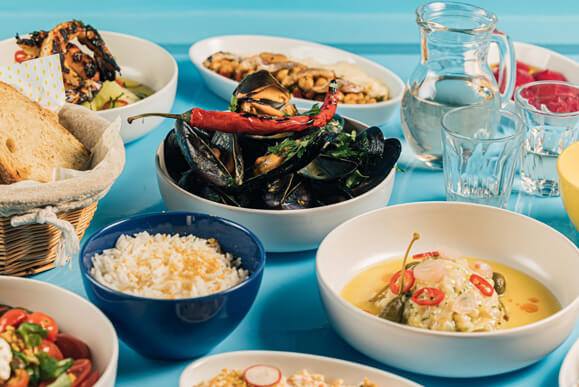 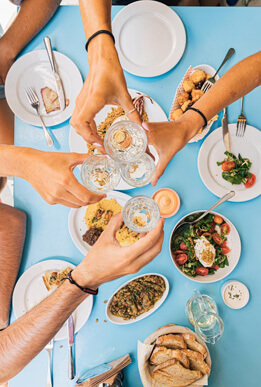 FUNKY COD TINOS. Walking through the narrow streets of Pallada, from the most picturesque parts of the old town of just a few meters from the port, your eye will fall on the colorful tables of Funky Cod that remind you of something. Indeed, the colors converse with the counterparts you encountered in Triantaraki. The same group that created the now famous all day cafe in Triantaros, with a nostalgic mood, is reviving in its new space, the tradition of the “frying shops of Tinos”.

Flashback: In the 1960s, on the days of the Panagia celebration (March 25), more than 15 ships per day arrived on the island and the few catering shops of Tinos by the time, were not enough to cover the skyrocketing demand for food on the island. That’s how, long before it became a modern trend, the first “street food” was created. Apart from the established “official” fry shops, all kinds of shops, regardless of their object, were turned into improvised “pop-up” canteens offering fried cod, fried fish, potatoes and meatballs.

Back to today: Vassilis Geogleris (you know him from Warehouse in Athens) joined the team, took charge of the kitchen and the menu which was based on Cycladic recipes, with an emphasis on salted cod, adopting traditional recipes but also giving his own stamp with more modern variants. Cod in various versions (grilled, cod with garlic, nuggets, souffle, ceviche), seafood dishes (squid, seafood barley, shrimp “simiaco”, mussels steamed with basmati and chili, sea bass carpaccio with grapefruit, thrapsalo with semolina) accompanied by wine or the spirit of your choice. The aim remains to be in harmony with the spirit of Funky Cod which seeks to revive the tradition in a fresher and renewed version, maintaining simplicity and authenticity. Like the old taverns where friends used to go out for meze and wine.

Extra tip: Funky Cod “sees” in two alleys. The one below where you will sit for food and upper one where you will stop by to order street food and get to know the local version of “fish & chips” and so many more… 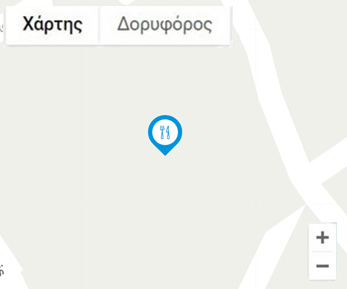