The House of Sketch 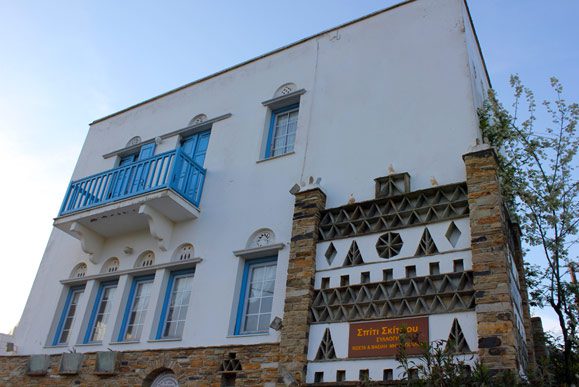 The House of Sketch at Tinos Falatados

Being tenth in the list of world ranking, the House of Sketch is first not only in Greece but also in the wider region of Southeast Mediterranean (Even America has just two).

Winston Churchill attributing to humor the value it deserves, he said: “a joke is something very serious”. According to this reasoning, the brothers Kostas and Vassilis Mitropoulos have taken the chance to shelter their humorous political cartoons under the roof of the House of Sketch, in Tinos.

To the question “why in Falatodos?” Costas Mitropoulos answered that: “Our mother was from Falatados where we spent most of our summers. From antiquity, Greek political cartoonists do not exceed twenty. If two of them -especially when they happen to be brothers- originate from this beautiful village, then indeed, the “House of Cartoon” could not be anywhere else except there”.

The journey of these two brothers, before coming back home at Falatados, includes exhibitions, albums, disctinctions, publications in newspapers and magazines such as: NEA, VIMA, FREE PRESS, TAHYDROMOS and to reverse Virginian Woolf’s claim: “Humor is the first of the gifts vanishing in a foreign language, we could mention” FRANKUFURTER ALLGEMEINE ZEITUNG.

The exhibitions “Make way for the young” and “Olympics” were presented in the museum. 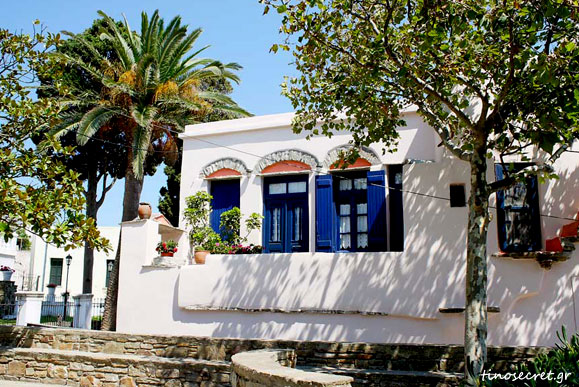