TINOS WINE – Everything about Tinos wines 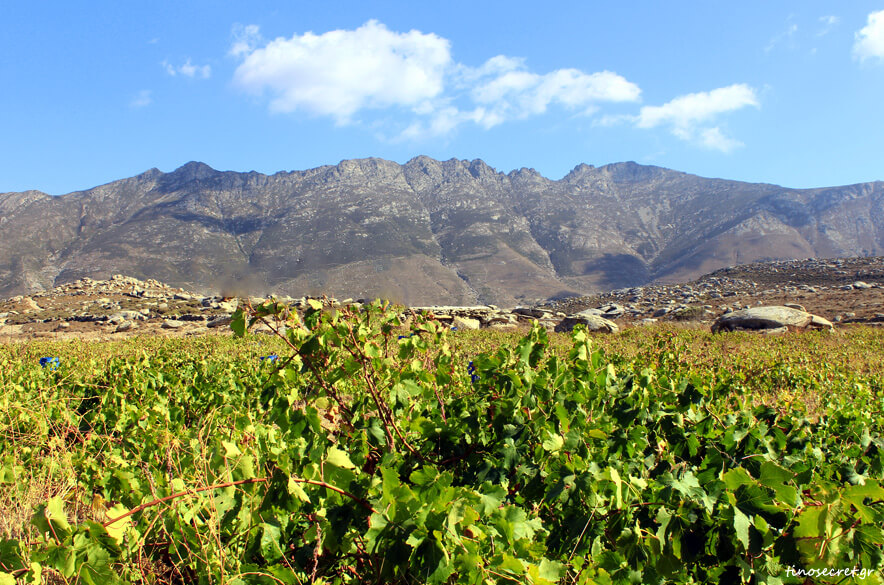 TINOS WINE: The history of Tinian wine, the particularities of the island’s terroir, the taste profile of Tinos wine, the wine production in Tinos, the growing wine tourism and its connection to the development of Tinos gastronomy.

Wine based on History and Tradition 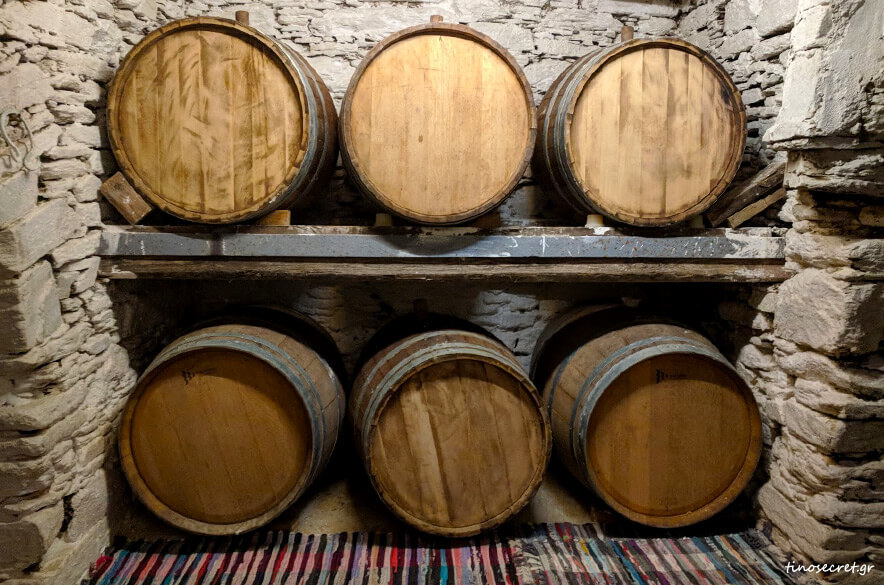 The close relationship of Tinos with wine seems to date back to the old times. In the place where the icon of the Virgin Mary was found and the Church of the Evangelistria was built, there was a temple dedicated to Dionysus, a sample of the worship of the islanders for the “God of Wine”. Remains of the ancient sanctuary of Dionysus (pitharia) are today housed in the Archaeological Museum of Tinos. Viticulture and wine production has been the main agricultural activity of the locals throughout the centuries, with Tinos wine being praised by travelers of the Byzantine and Medieval times and resulting in an important export product of the 19th century. Almost every family had its own vineyards that were venerable. In the dark and cool courtyards – necessary spaces in the traditional Tinian house – the wine was stored in pots or oak barrels through which it was conveyed as an accompaniment to the family table. It always starred in the daily life of Tinians, sometimes as a dietary supplement, as a tonic right before hard work in the field and sometimes obsolete on special occasions {celebrations, weddings). The overall decline in agricultural activity has influenced the wine production for a long time but nowadays with the recognition of the winemaking potential of Tinos land and the potential for high quality wine brings more and more new producers back to the roots… 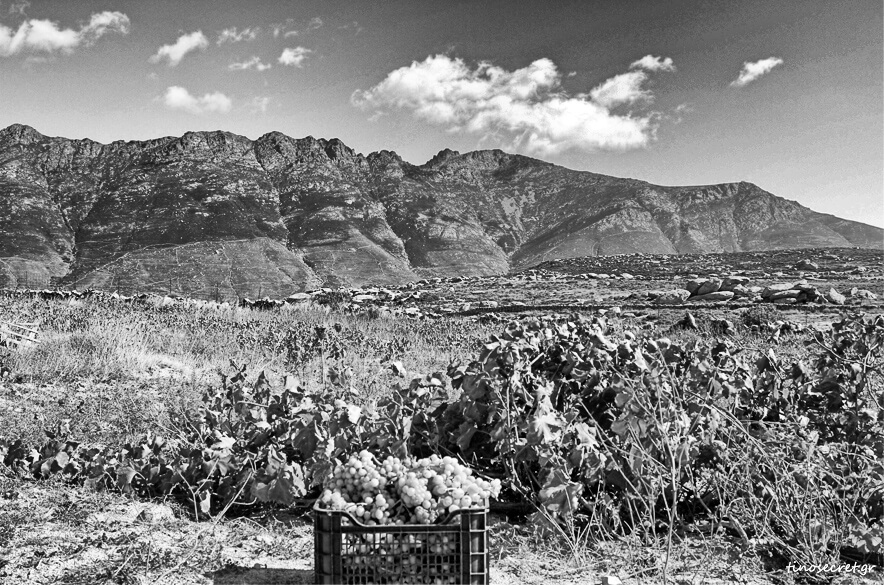 TINOS WINES: Tinian terroir and taste profile
The uniqueness of the Tinian terroir is reflected in the special character of the wines of Tinos and despite its differences from region to region (Falatados, Volax, Komi, Tripotamos, etc.) the basic characteristics of climate and soil shape their distinctive profile.
Severe drought, a major feature of Tinos climate, has long pushed farmers to work hard on arid terrain to protect crops from erosion while reducing slopes. There, the vines are planted linearly and pruned appropriately to stay low on the ground, protected from the strong winds that are frequent on the island of Aeolus. The intense sunshine and finally the mild air that reaches the grapes have beneficial effects and protect them from diseases. Tinian earth, the freshness of the air and the saltiness of the sea determine the taste of Tinian wine. The granite soils create the characteristic mineral taste, while strong winds transport the sea to the vineyards, giving the wine a sea breeze. Strong acidity and strong aromas due to the varieties cultivated. Assyrtiko, Mavrotragano, Monemvasia, Mandilaria are varieties that thrive in Tinos, as in most of the Cycladic islands, while efforts are made to preserve and integrate local, winemaking varieties (Askathari, Koumari, Potamissi and Rosaki which owing to their low acidity were used exclusively in the production of raki) and the production of high quality wine. 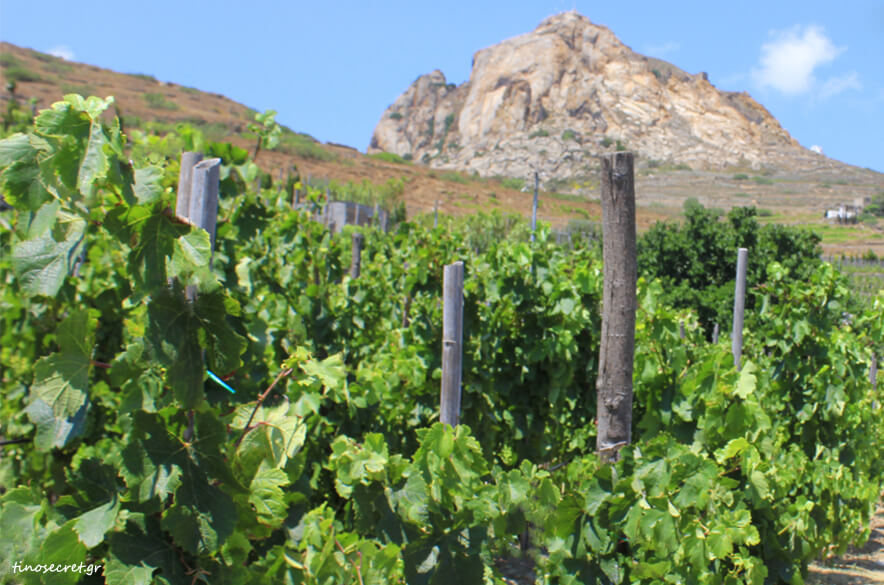 TINOS WINE: Wine tourism and gastronomy
The culinary wealth of Tinos and the systematic efforts for its dissemination have made it a top domestic gastronomic destination. Tinian wine, an integral part of the island’s gastronomic identity, and wine tourism in Tinos are constantly gaining ground. Wine lovers can get to know the producers of Tinos, visit wineries and vineyards, perform wine tours, enjoy wine tastings and pairings with local products, and taste the wine labels at the plenty restaurants, wine bars, cafes of the island or supply them from retail stores both inside and outside Tinos. 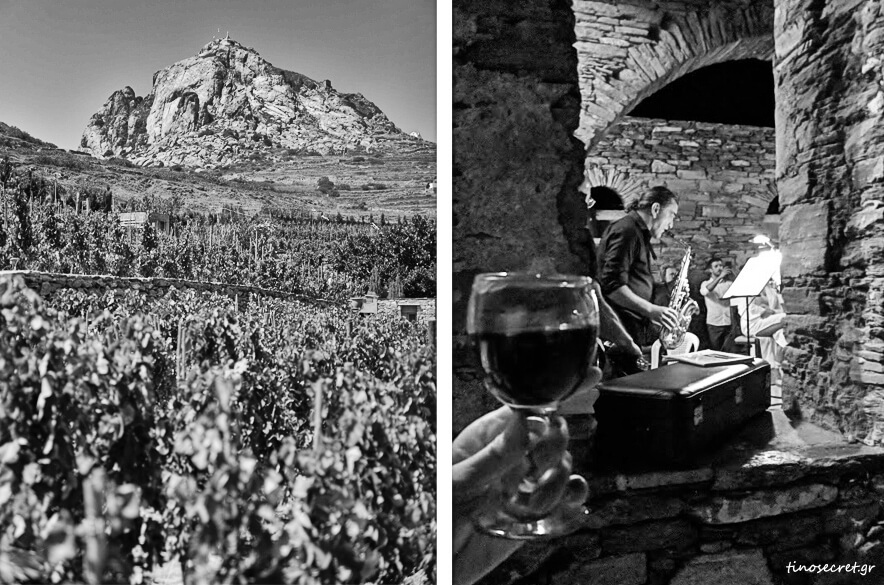 BALLIS BOUTIQUE WINERY & TRADITIONAL BAKERY With a lot of …

The Traditional Tinos Drinks: The Raki or Strofylia is the "…