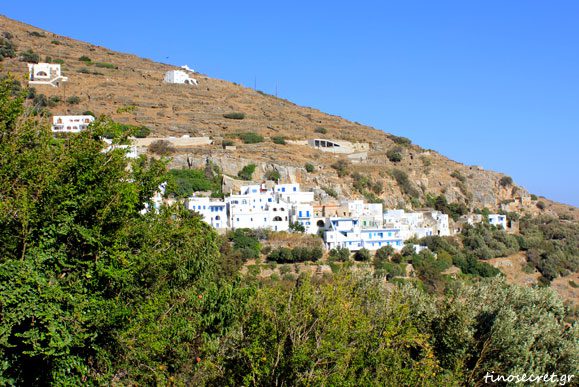 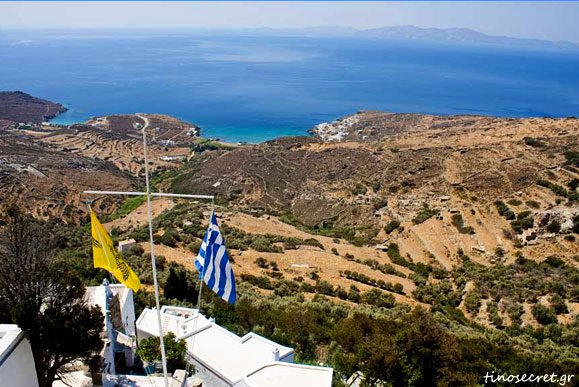 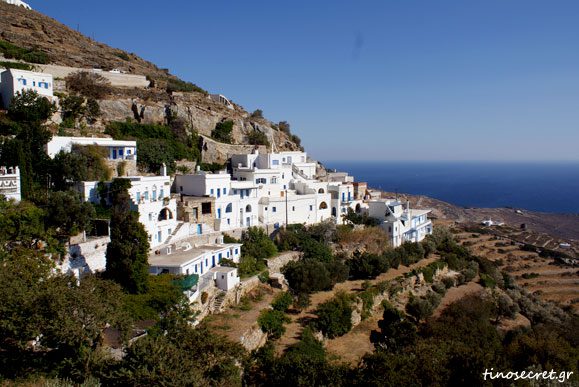 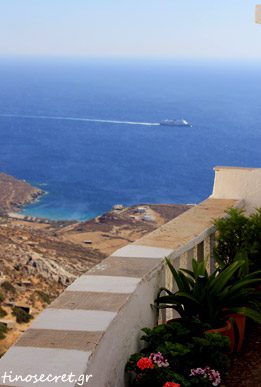 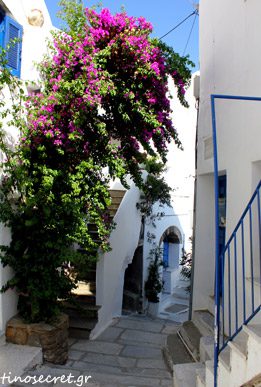 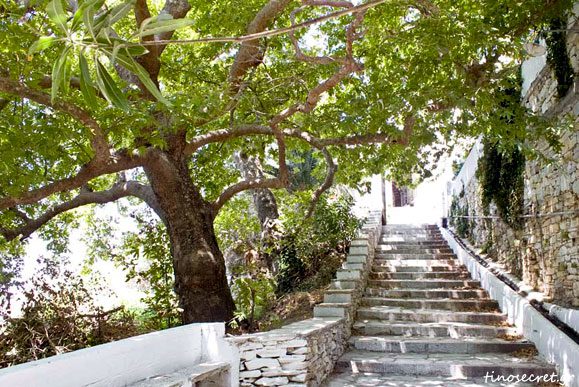 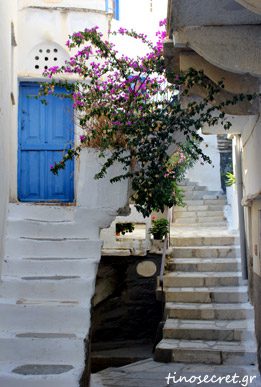 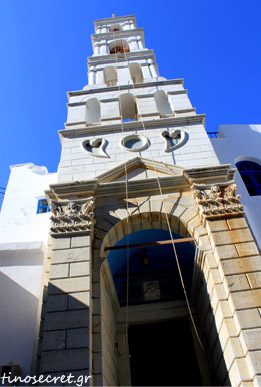 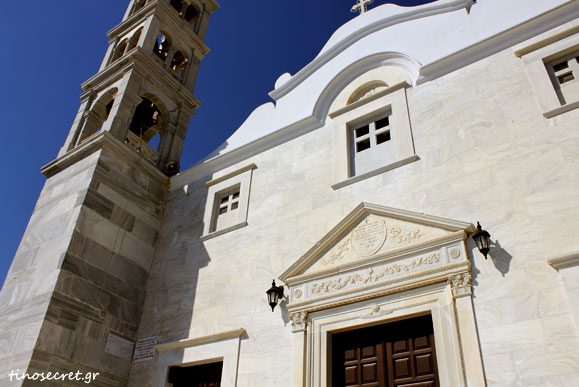 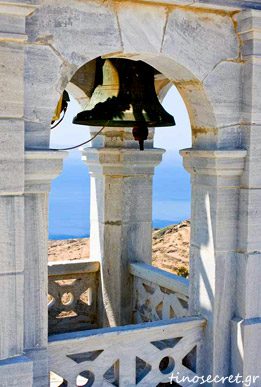 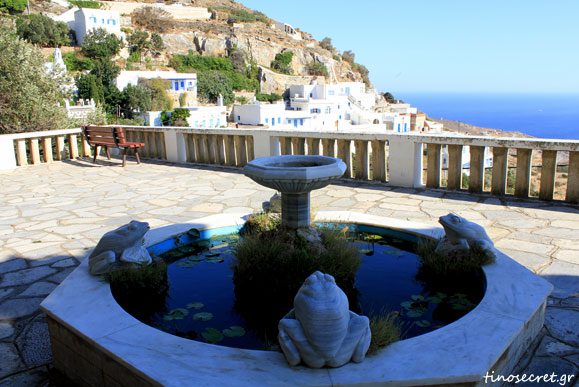 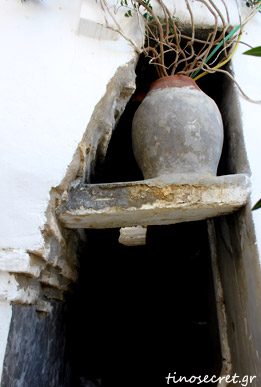 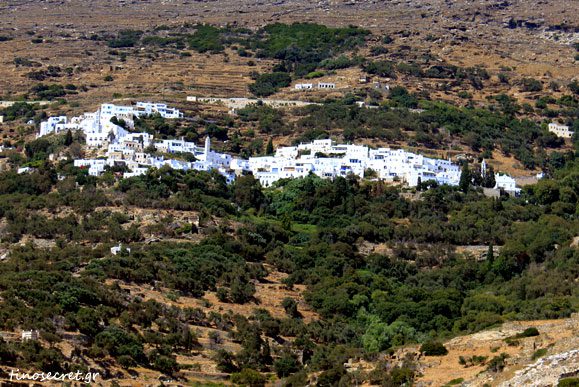 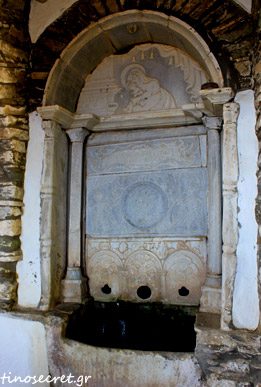 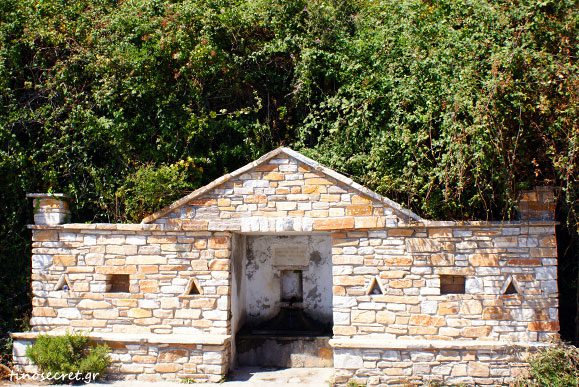 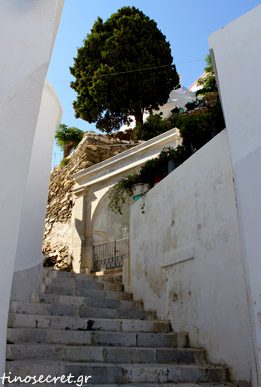 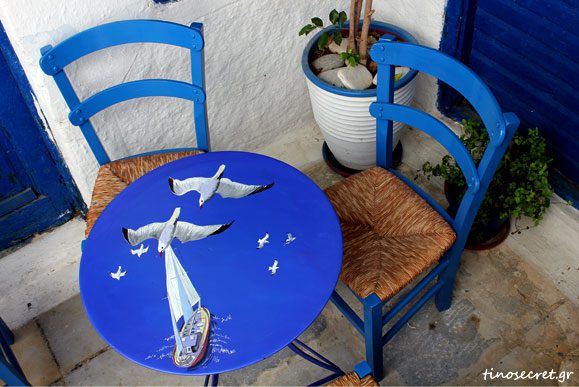 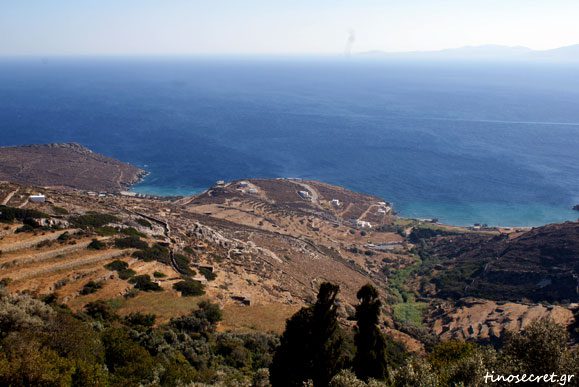 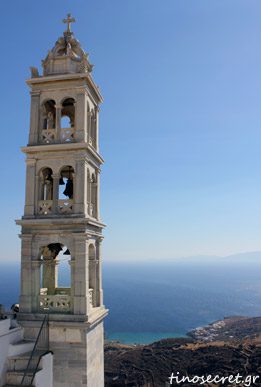 Kardiani is one of the most beautiful villages of the island, with stunning architecture and breathtaking views, has been identified, by the Ministry of Culture as a traditional settlement.

Kardiani with its green areas and plenty of running waters, is built on the mountainside of
Pateles. A small creek is running through it and it has many springs with beautiful fountains.

The history of Kardiani begins in ancient times. In excavations in the area, six tombs of the
Geometric era were found and also, many other archaeological findings which are hosted in the archaeological museums of Tinos and Athens, as well.

The old village was inhabited by Orthodox and of Catholics, who have been living together,
harmoniously, over the centuries. The cathedral of the Orthodox, the Holy Trinity (Agia Triada), is a monument and an imposing temple, as well.

The two Catholic churches, the Assumption of Mary (“Santissimos”) and the Birthday of Mary (Kioura).

The Multi Cultural Center of the village hosts a Folklore Museum. The village has a tradition in marble art and many marble craftsmen worked here and became famous.

Access
Situated 15 km off Chora (Tinos).
Starting from Kionion coastal road, go straight on till you meet the junction at Ag.Marina and continue left to Kardiani. 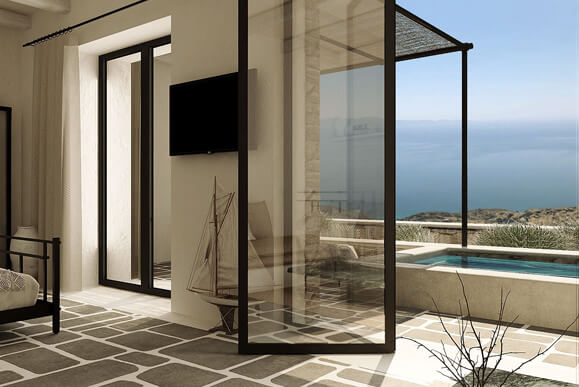 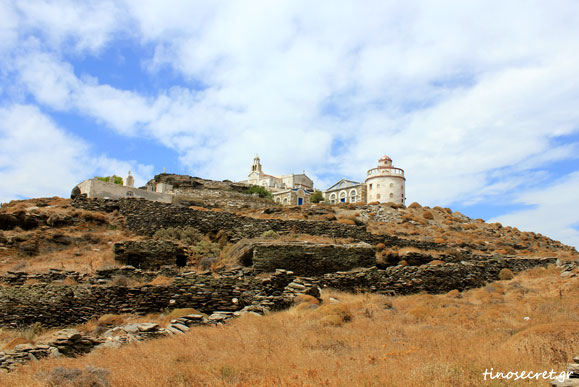 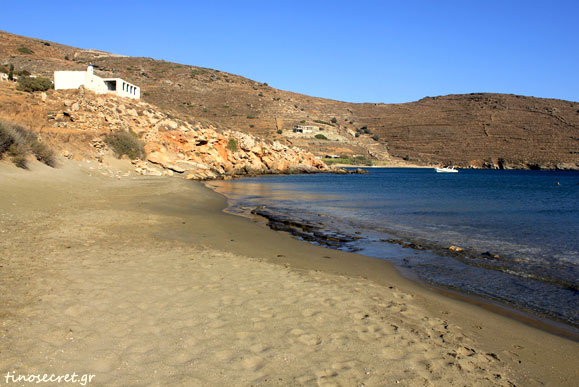 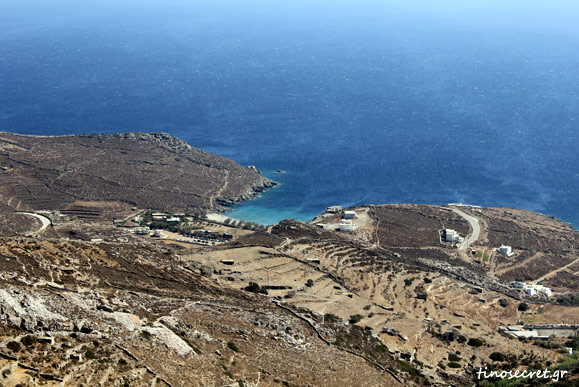 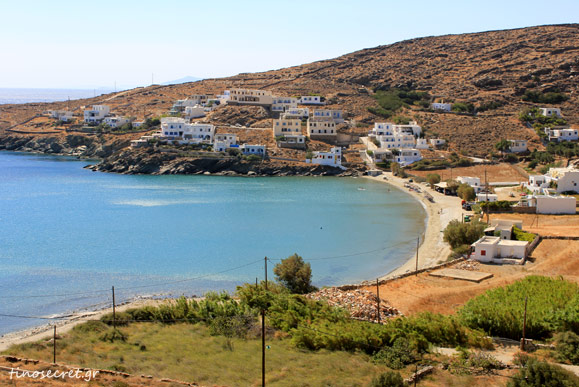