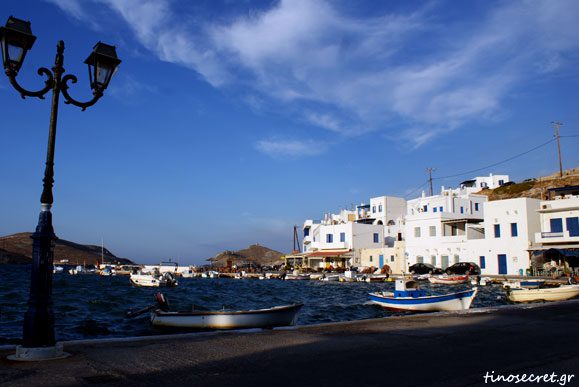 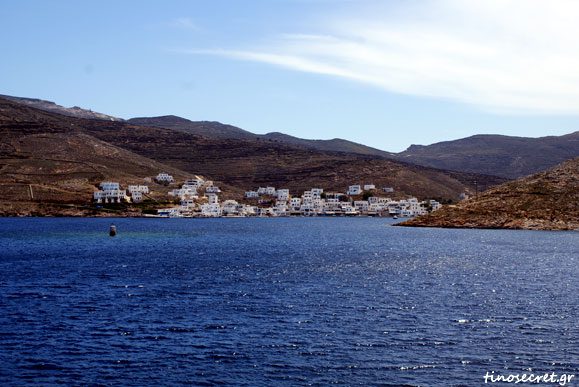 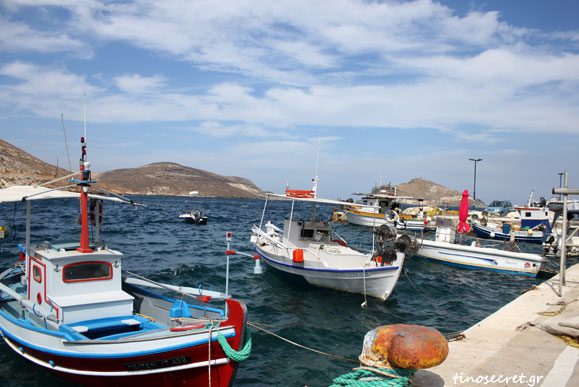 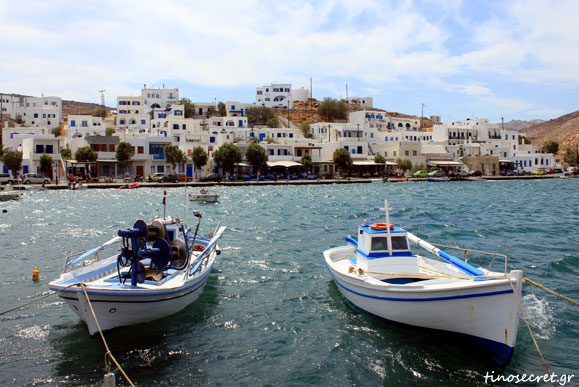 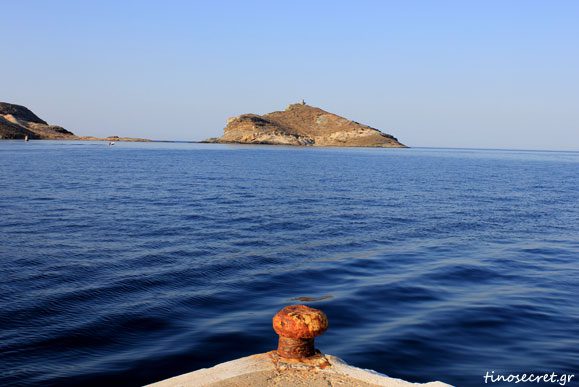 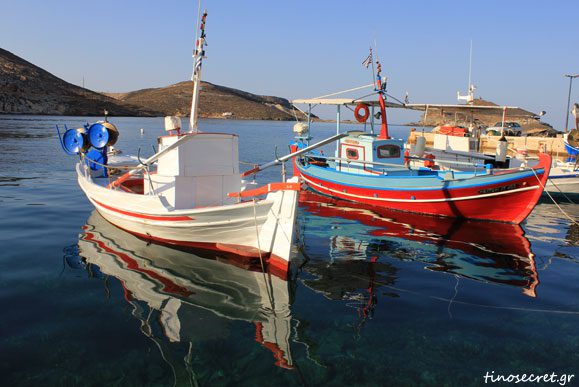 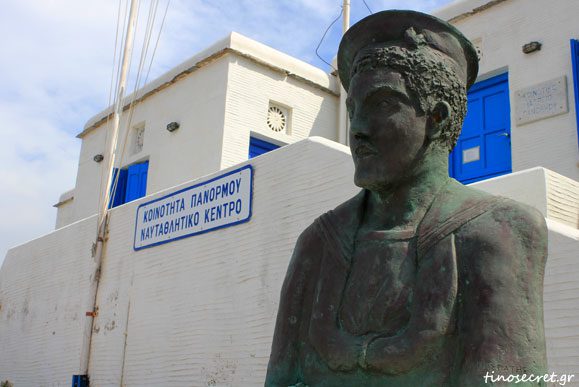 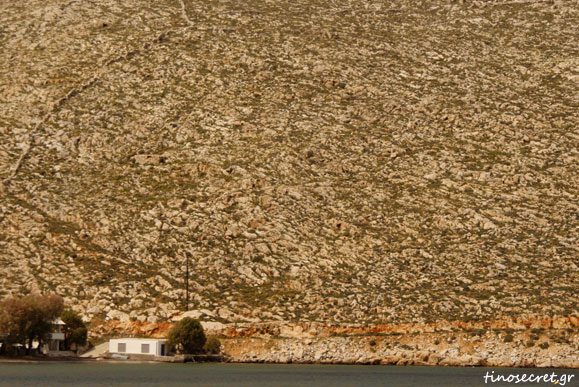 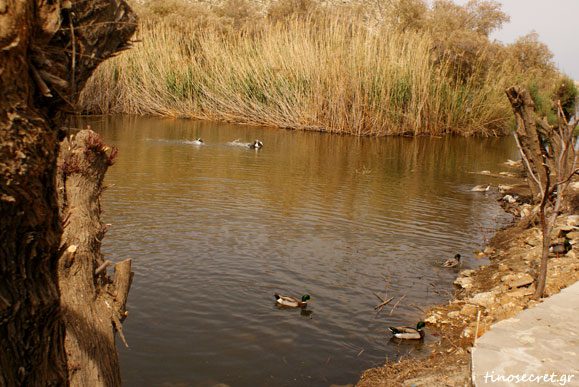 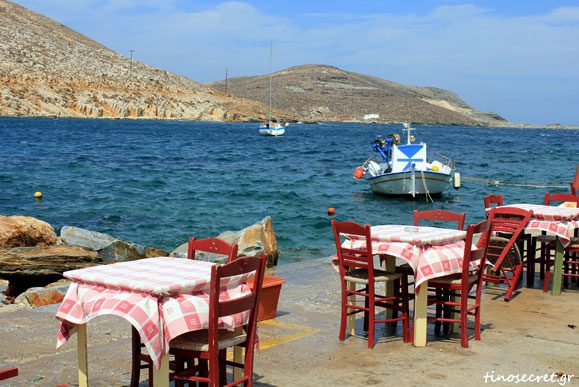 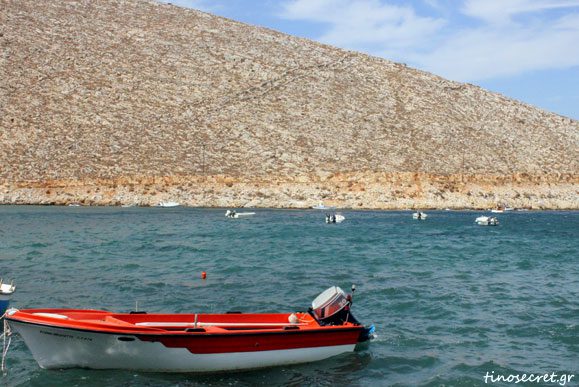 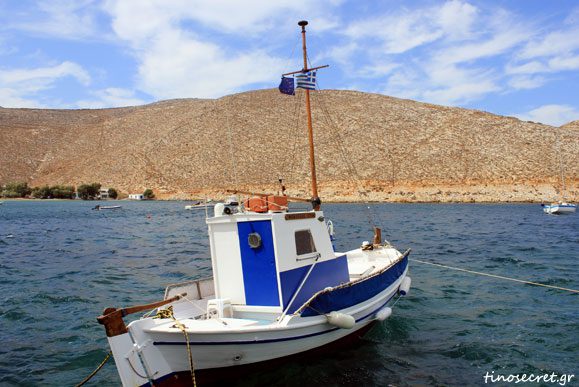 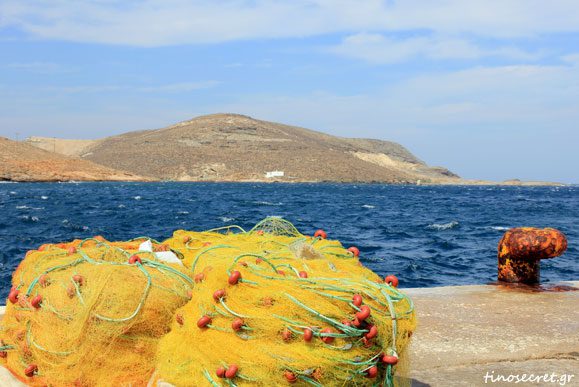 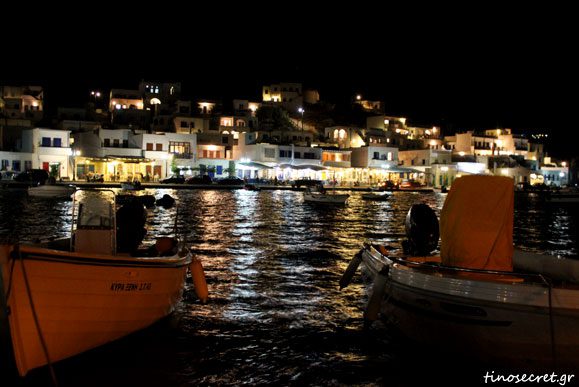 Panormos, on the NE side of Tinos, the haven of Pyrgos and its unique natural harbor.

The port of Panormos played a catalytic role in shipping and trade until the early 60s. It was a transfer station for exported products (mostly marble from Exo Meria) and imported goods (mainly wheat, which supplied the windmills).

In the late 19th century, the mining of talc started and a steam processing plant was created. There was also a shipyard for wooden boats and ships.

During the war it was an information center and a station through which military and political forces were propelled to the Middle East. It was bombed in 1941 and all the boats docked were destroyed but three years later, it was the first area of the Cyclades to be officially liberated.

The “Palermo”, as Panormos is found in historical references, has always been a refuge from the fierce winds. Today, the port enables reception and mooring of small boats.

The islet located just across is the isle “Planet” with a dilapidated lighthouse (which worked first time in 1886 and it is a listed historical monument) at its top.

The buoy, the marble column at the sea for 120 years now, has been warning sailors for the reef hidden beneath it.

During the mining of marble in 1859, a Cave with stalactites was discovered. It has four rooms with two entrances. The slug flow is durable and ideal for cave exploring!

The fishing village of Panormos is one of the most popular destinations for visitors to Tinos.

Access
Panormos is located 27 km away from Chora (Tinos). After reaching Pyrgos (starting either from Kionion coastal road or from Tripotamou Av.) continue towards Panormos. 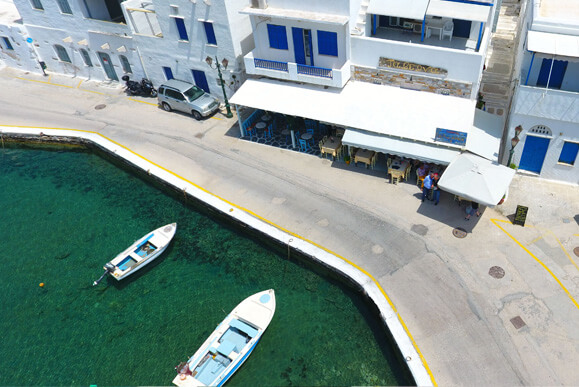 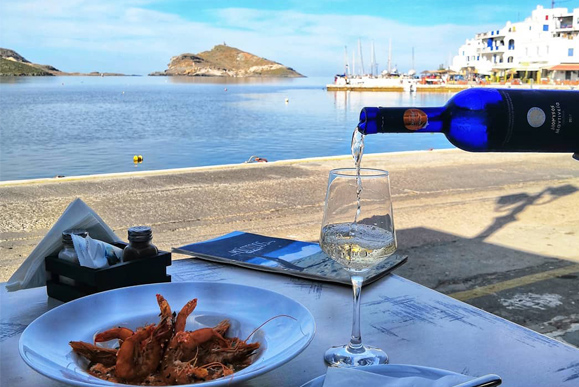 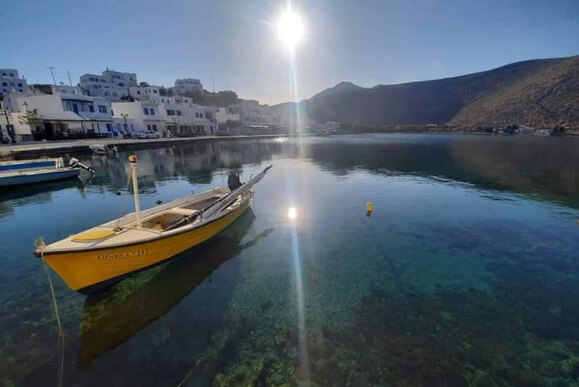 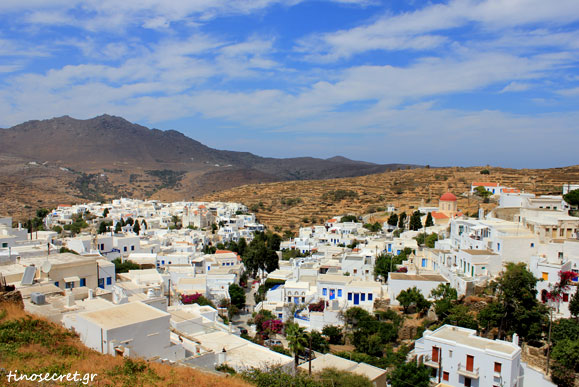 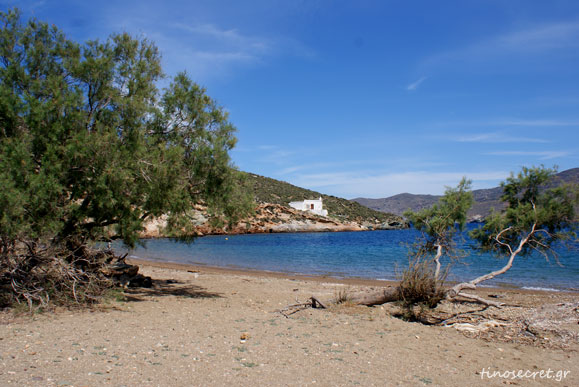 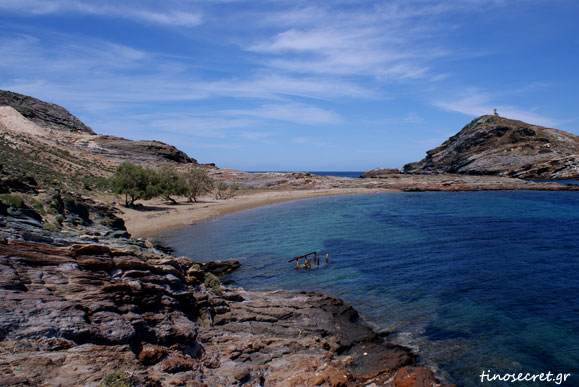 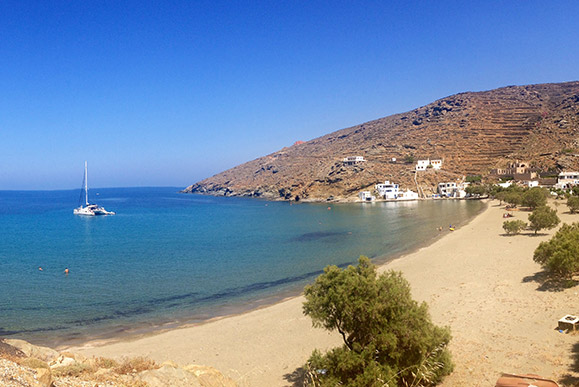 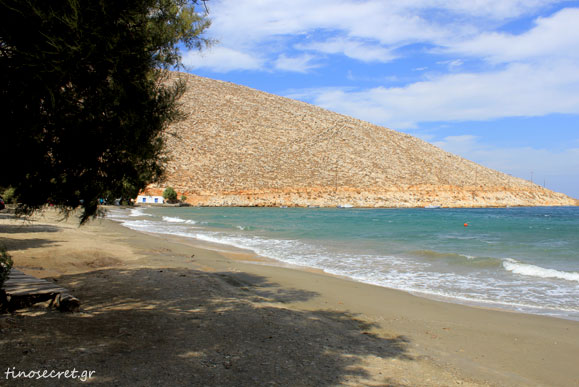