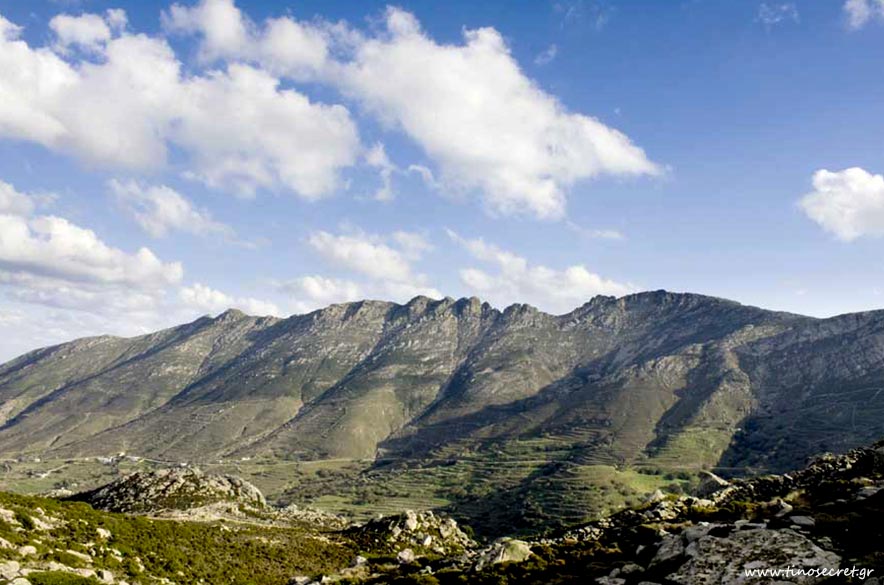 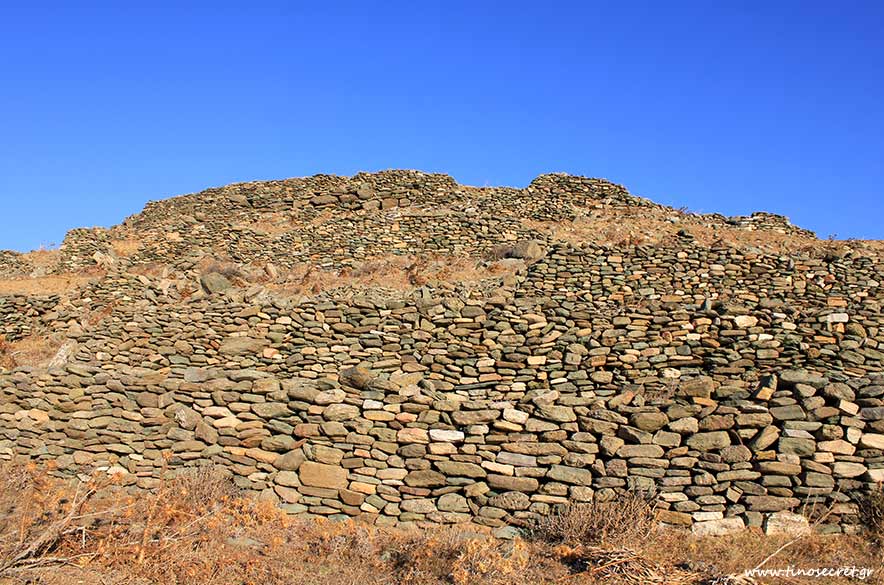 Top wisdom, names’ visitation: Tinos according to the ancient historians owes its name to its first settler who was called Tinos, being a leader of the Ionian colonists of Caria in Asia Minor who were the first to settle on the island. In ancient literature, the island is additionally known with several aliases: Aristophanes was referred to it as “Skordoforos” from greek “skordo”=garlic and “fero”=bear for Tinos’ fine quality of garlics while Aristotle calls Tinos “Hydroussa” from greek “hydro”=water because of its abundance of springs and water. Later sources also mention it as “Ofiousa” or “Fidousa” in one version because of the large number of snakes that existed on the island of Tinos, although according to younger scholars, the word probably derives from “fides”, the local species of cedar (now only found  in Panormos area), which as a strong and durable structural timber, held a special place in the lives of Tinians for centuries. Today, Tinos is known as the “island of Aeolus’ among its residents and visitors because of the strong winds blowing on the island.

In the mythological “universe” of the ancient Greeks, the few references to Tinos, had as a background the highest mountain of the island, “Tsiknias” whose windswept summit (725m.) dominates in the northeastern coast of the island and is visible miles away to sea routes of the central Aegean. There, according to the legend recited by Apollodorus, Hercules chased and killed the two children of the North wind, the winged twins Ziti and Kalain because he had been challenged, and then buried them on top of the mountain. When their father, the North Wind, found out what had happened, he expressed his grief and anger by leaving his children, the winds, free to blow ragingly on this mountain ever since. Several also, are the ancient sources referring to the mountain and mentioning that It Is where the god Aeolus or North Wind was worshipped and where people had founded a sanctuary and a settlement which Is proved by lots of religious findings in the area. Another probable etymology of the name of the mountain derives from the smell of burning meat (tsikna) due to the sacrifices of animals taking place at the time, in honor of the god! Tsiknias is also mentioned in the Homeric epics, as described in the Odyssey, the famous hero Ajax the Lesser, on his return from Troy, shipwrecked in Tsiknias where he was killed by Poseidon because of arrogance. Both mythological narratives aimed albeit for no other; to remind sailors of the time of the strong winds and the risk of passing the Tsiknias…

The earliest traces of human presence in Tinos documented by the archaeological research, date back to the Early Bronze Age (or Cycladic, 3000-2300 BC) have been found on the southern cape of the island, sharp Vrekastro hill, a few kilometers east of today Chora. The inhabitation of this seaside hill seems to have continued in the Middle Bronze Age (2300-1600 BC), when the settlement was better fortified with a strong wall, parts of which are still visible under the existing stone walls. For the next few centuries, however, the remains of human presence on the island remain few and without geographical densification. The only significant finding from the so-Palatial (Mycenaean) Period (1400-1190 BC) refers to a small domed tomb, which was discovered in 1979 in an area north of Pyrgos village, near the monastery of Kyra Xeni. The collapse of the palaces of the Mycenaean culture followed unrest period, the so-called Dark Ages (1100-900 BC).

Anarchy and naval raids in the Aegean area, led to the first (of many to come in the following centuries) moving settlements from coastal locations in the interior of the island, in locations naturally fortified and capable of optical sea control. In Tinos – as the visitor can easily see – the largest naturally fortified position is the granite rock (520m.) that dominates with its presence in the center of the island and is now known as Exomvourgo. The ruins of the immense cyclopean wall which is still visible on the southwestern edge of the cliff -under laminar subsequent layers of posterior fortifications- belong to this precarious period of ancient history, like the ruins of buildings and cemetery built in safe position are also recognized In Kardiani village near the present church of St. Nicholas.