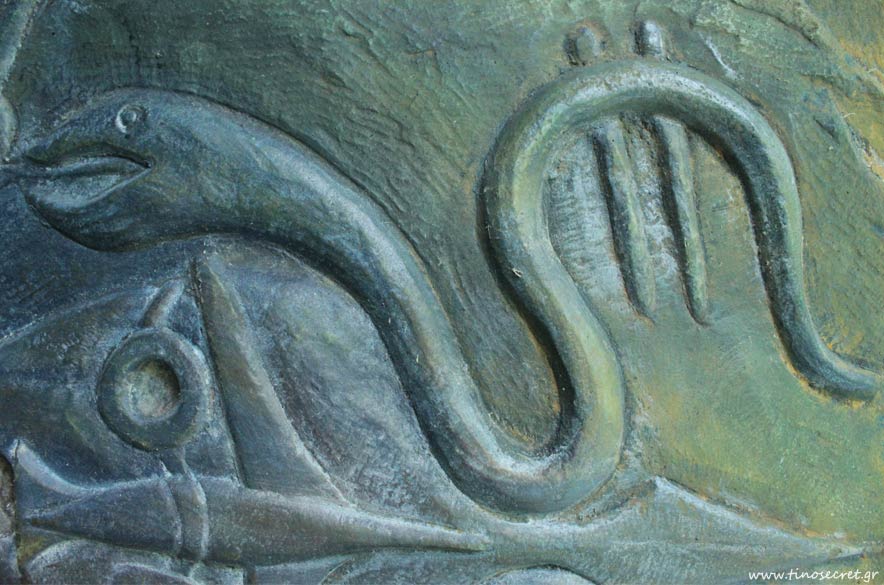 The origin of the name of Tinos has had different interpretations and has been attributed many aliases:

King Tinos: A theory that goes back to prehistoric times, saying that the island acquired its name from king Tinos, who, being a leader of a group of Ionians of Caria in Asia Minor, was the first inhabitant of the island.

King’s daughter Tinos (Vasilopoula Tinos): According to a popular legend, a cruel king banished his daughter called Tinos to the deserted, at that time, island and then, filled it with snakes. Then, the daughter of the king burned the snakes and gave the island her name.

Tannoth: The Phoenician word meaning snake, perhaps was what gave Tinos its name.

Ophiousa: The large number of snakes (ophis in Greek) is the obvious reason for the nickname Ophiousa. It is said that Poseidon freed the island of snakes and, in return, the inhabitants built a magnificent temple in his honor.

Fidousa: Some scholars speak of misinterpretation when relating to the origin of the name Fidousa, meaning snakes (fidia in Greek) They claim that the name is due to “fides”, a species of a resistant plant (cedar), which thrived well on the island.

Hydrousa: Regardless of whether it comes from the abundant springs and waters that the island had or from the word Hydra (snake), this nickname has been familiar since ancient times.

The Island of Aeolus: In mythology the God of the Winds dwelt in Tsiknias, the tallest mountain on the island. The strong winds are frequent in Tinos and the Legend of Aeolus will look convincing if you find yourself in Tsiknias with a strong breeze (meltemi).