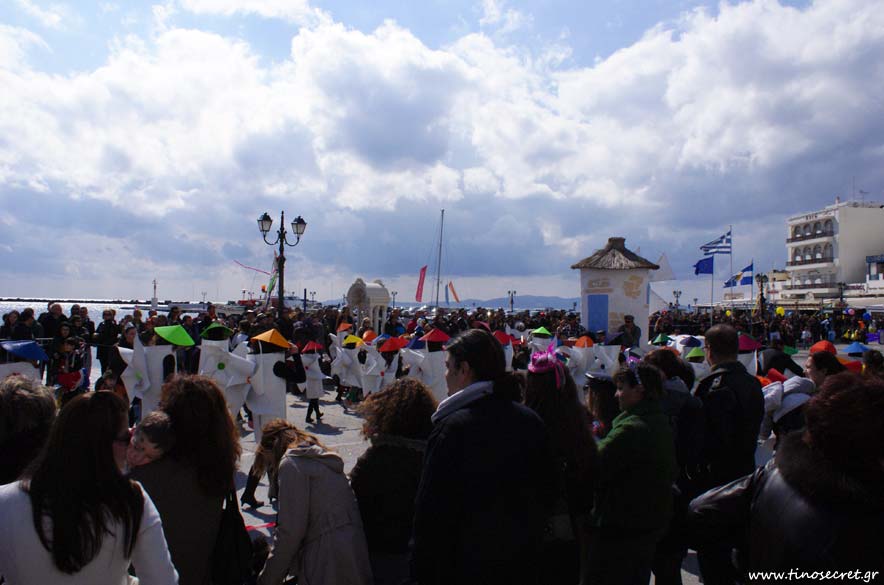 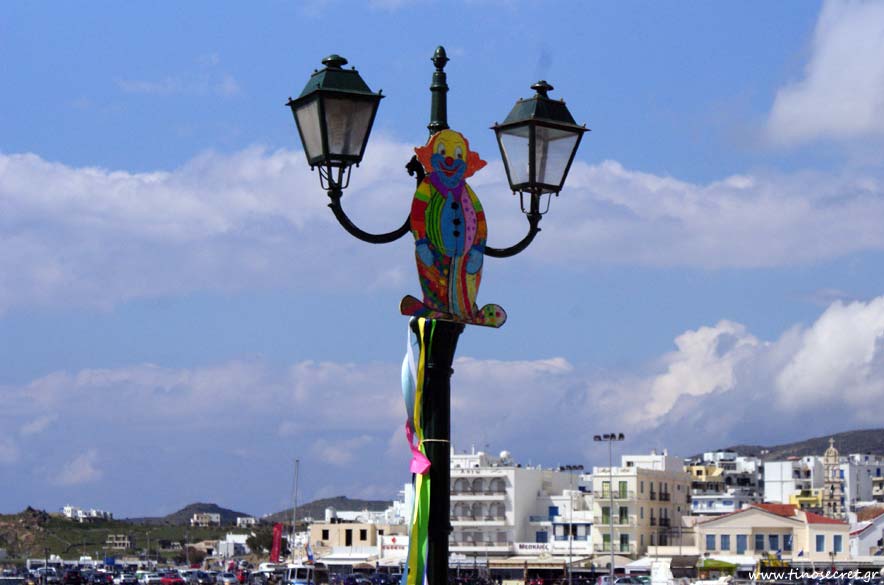 Apokries – the carnival in Tinos…

During Apokries period, in some of the villages of Kato Meri, they used to raise a masquerader on a ladder covered with greens and ribbons so that he can not be recognised at all. Then, four villagers lifted the so called “Karnavas” and carried him to the village. The procession was followed by a crowd holding canes with artichoke leaves, ribbons and saddles and singing mocking songs. They stopped at the houses of the village and drank with Karnavas, who was never revealed.

During the fortnight of Carnival, maskers, “koudounatoi” or “kouk’ger” (in Tinos dialect) would visit all the houses of the village and entertain everyone and have lots of fun.

In recent years, on the Sunday of Carnival a local carnival parade with floats and crews takes place on the quay of Chora.

On the same Sunday, the Carnival revives in Falatados. The famous Raki (drink) produced in the village, flows abundantly, free food is also offered and violins by local musicians never stop playing.

In Agapi, after singing dirges for the straw “Macarona” (Carnival), they carry him around the neighborhoods and then they burn him. Finally, they offer everyone present the traditional spaghetti (macaroni) dish.

In Triantaros carnival dances also take place with masked people dancing on the streets and end up at the village cafe, where they sing in turn using the “Alphabet of Love” – “spicy’” traditional songs.

The local customs during Easter in Tinos. Customs and traditions, the Holy week in Tinos.

The local custom of Rakizio in Tinos... Raki is the t…

The custom chirosfagia revives in November or December in the villages. The pig (Chiros in greek)…