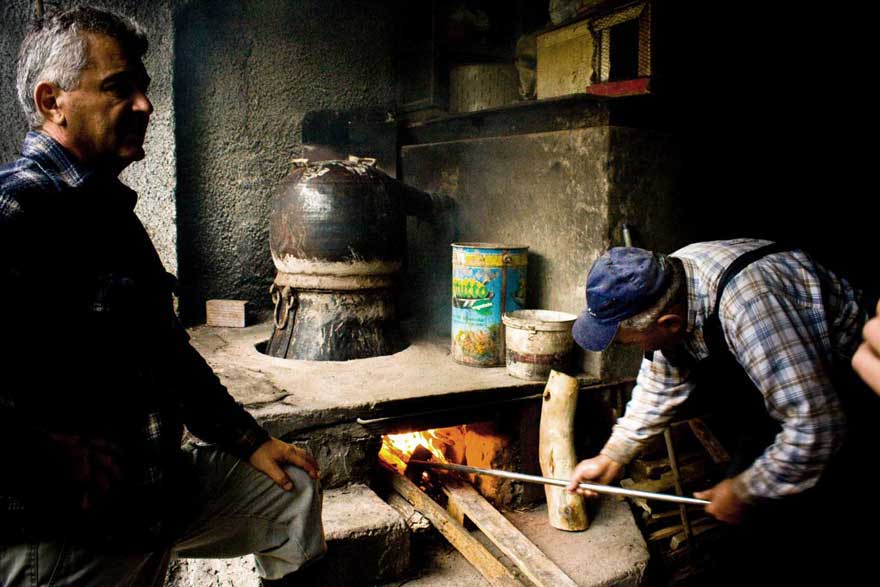 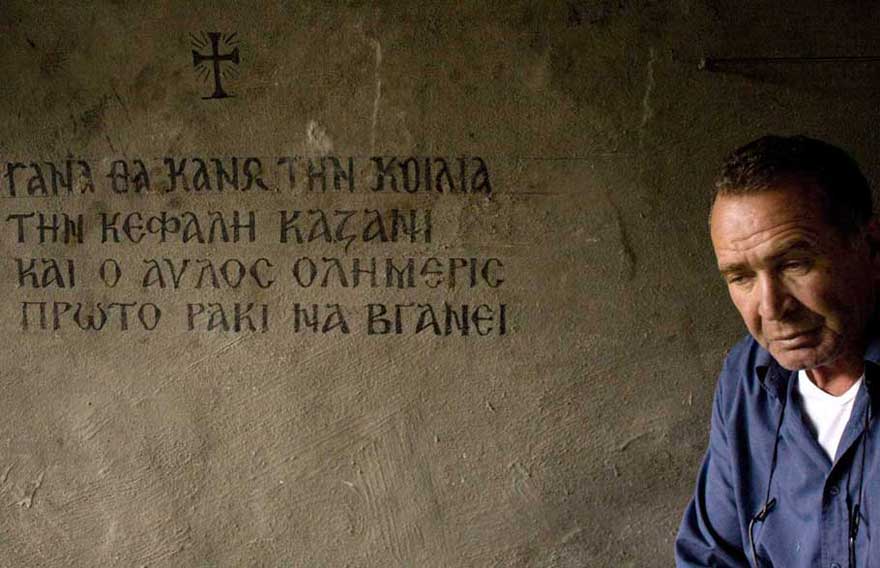 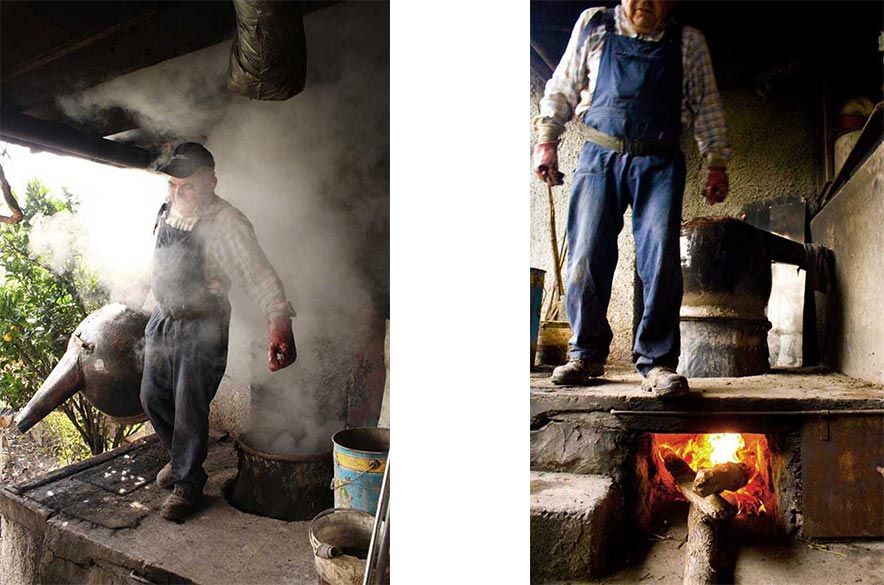 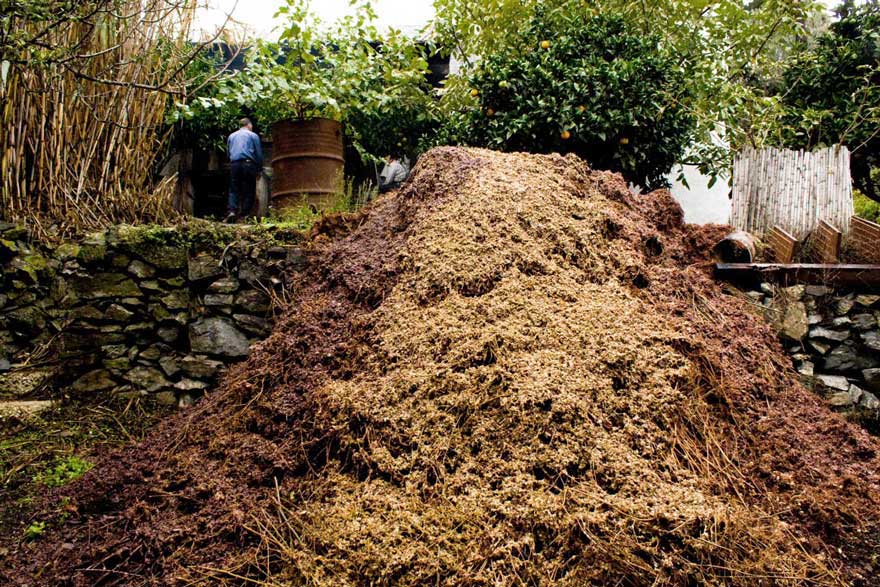 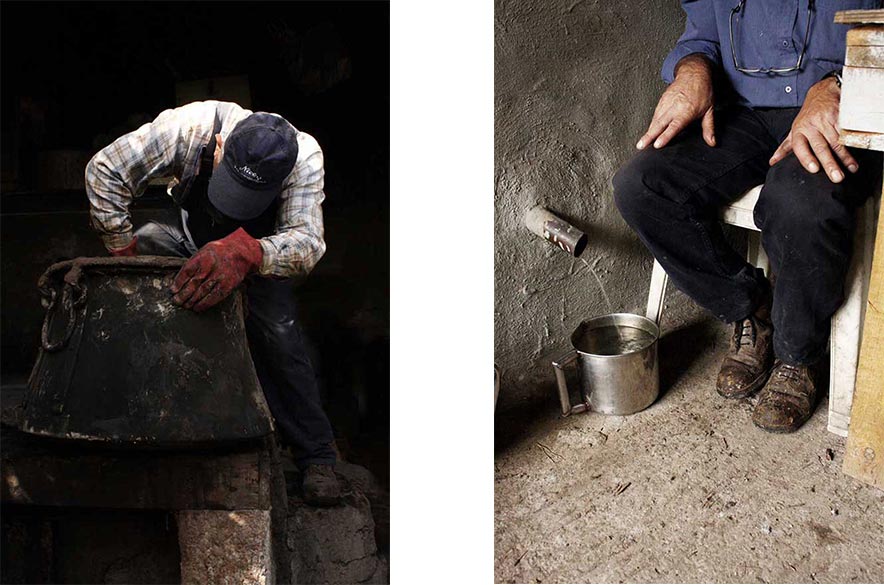 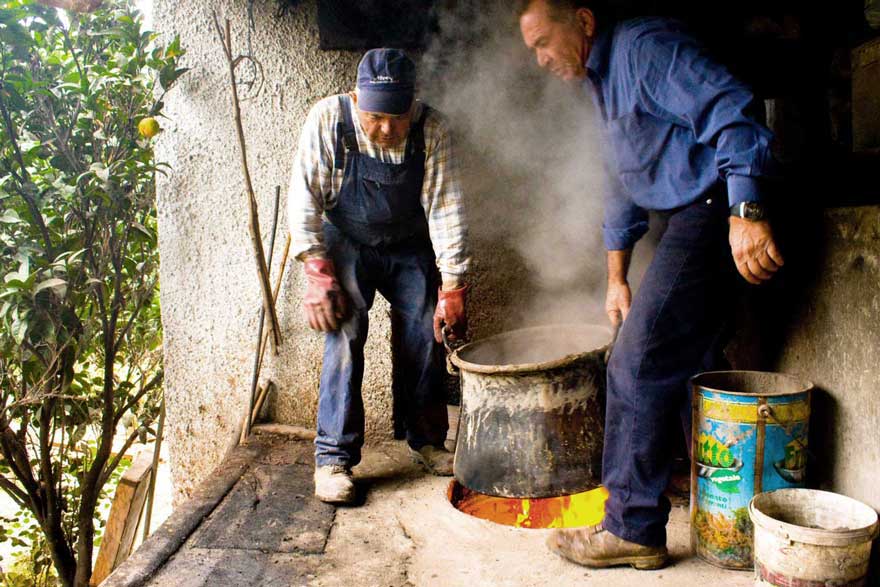 The local custom of Rakizio in Tinos…

Raki is the traditional drink of Tinos and you will find it everywhere. In cafes, in shops, in any social event. It is a key element of the culinary identity of Tinos.

The Rakizio is the space in which raki is produced, although, in practice, the word refers to the whole process of production and also the feast that follows.

Rakizio has a typical cistern (valve) which is continuously fed with water and the pipe (tube) that passes through the valve and is adapted to the cover of the cistern where the distillation takes place.

Initially, the owner of rakizio was obliged to declare it and pay the appropriate price of a 48-hour license. He reserved the right to distill once a year and then the police sealed it with a tape and sealing wax until next year.

The law would allow only wine growers to produce raki for their own use and was very strict (large fines, seizure, even years of imprisonment) for those who were making clandestine raki.

Nowadays, things are different and the license is granted by the General Chemical authorities of the State, but raki is produced in the same traditional way and the whole process takes a ritualistic character.

After pressing the grapes, the must (Strofylia) is left for 15 days to mature while the remnants of grapes and bunches (stefyla or tsamboura) will form the yeast fermentation.

On the day of distillation, the selected flavor (fennel, sage or thyme) is placed at the bottom of the cauldron and over it the Strofylia, the tsamboura and water.

The cauldron is set on fire and distillation begins. The steam produced is channeled into the lumen and past the portion of the tube, which is cooled. So it condenses and drips from its outlet into a container.

The first raki “protorako”, dripping off the tube, is very strong and it is said it can be used for chest rubbing against the flu only. However, for heavy drinkers it is most coveted. Then comes the rest of raki.

Raki is produced in almost every district of Tinos. However, Falatados (in which Rakizio takes the form of festival on Sept. 8th) and Steni are famous for their raki.

Every year friends gather at rakizio and distillation becomes the occasion for a big party with raki going directly…from production to consumption.

The custom chirosfagia revives in November or December in the villages. The pig (Chiros in greek)…

The Traditional Tinos Drinks: The Raki or Strofylia is the "…

Falatados village, Tinos: "Loving and famous for its Raki"