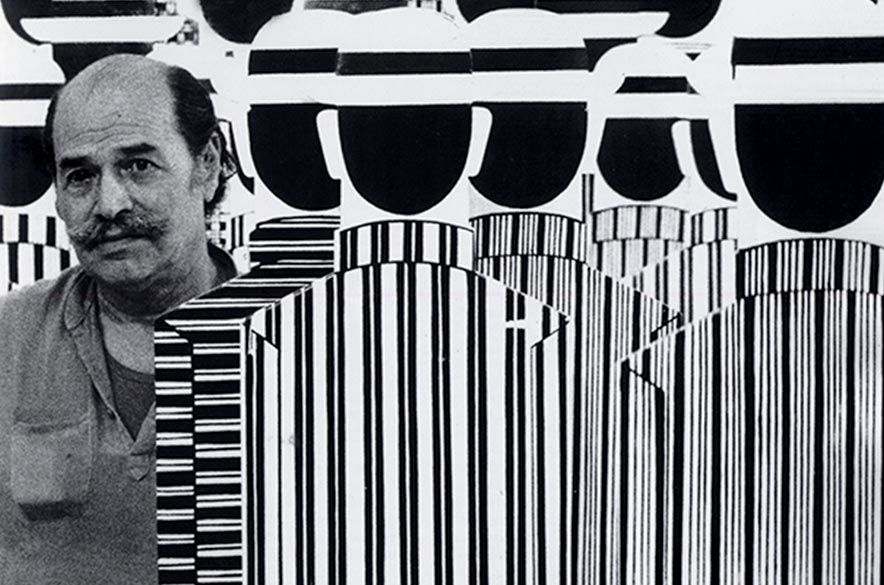 He was born in 1923, hailing from the village Pyrgos of Tinos.

His ranking is among the top contemporary artists in Greece.

He attended the School of Fine Arts Athens University and the Ecole des Beaux Arts in Paris.

He lived a long time in France watching the trends and studying the artistic currents of the great French painters by whom he was influenced.

The painter expressed hjmself through a variety of tecniques and movements: geometric, cubist, surreal, expressionistic, and abstract art, as well.

Main elements of his style, were the vigorous strokes of his brush, sensuality and Greek colors.

A highlight of his artistic expression was the “little man”, introduced in the late ’60s, and symbolizing the alienation and massification of modern man.

John Gaitis dies at the age of 60 (07/22/1984), a few days after the opening of the retrospective exhibition at the National Gallery of Athens.