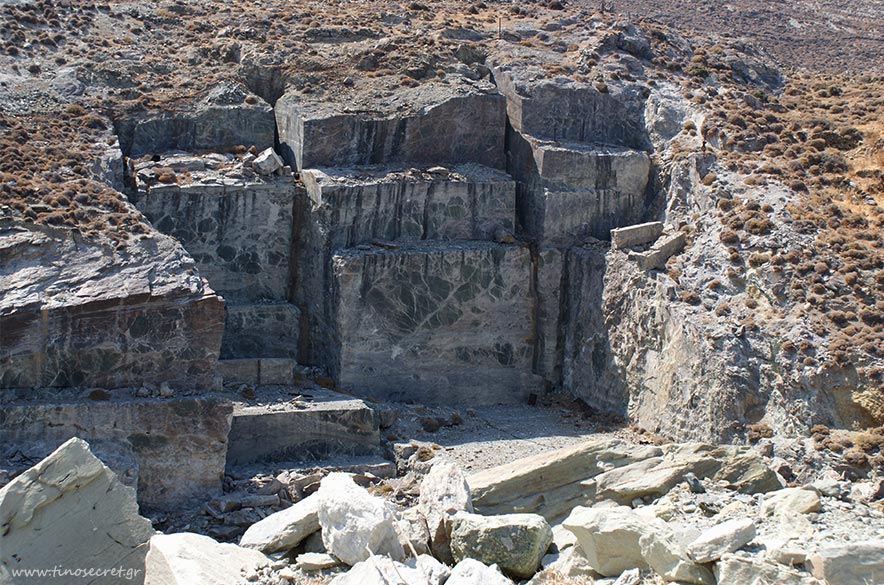 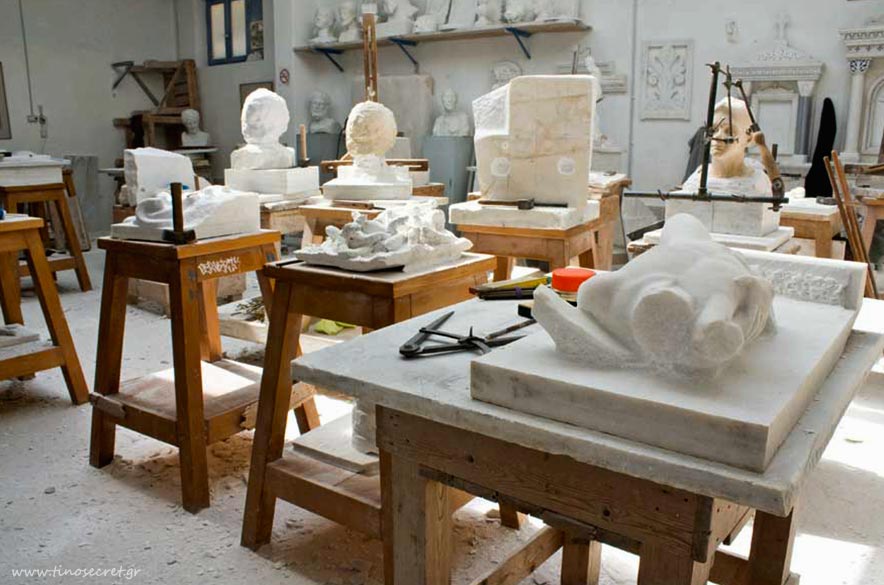 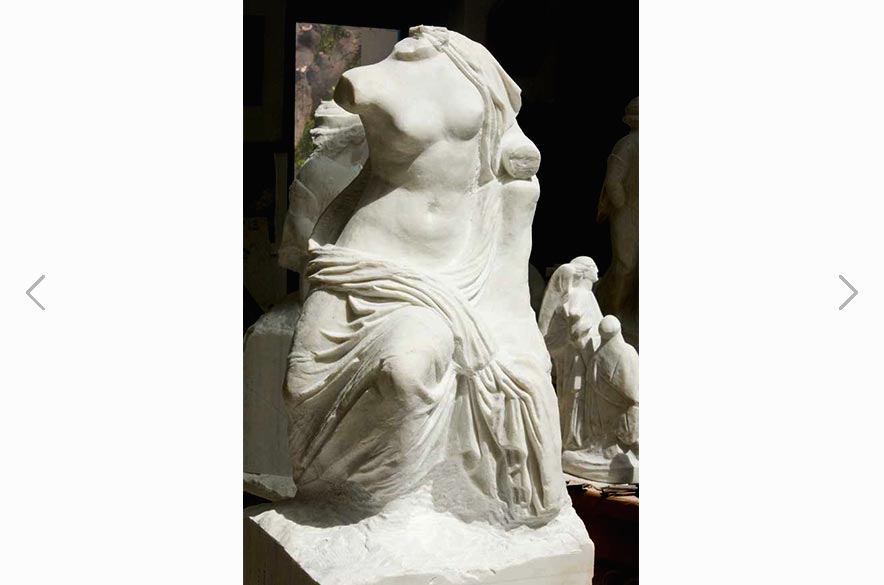 The contribution of Tinos to modern Greek art, especially marble art and sculpture, is valuable. Having the northwestern part (Pyrgos, Panormos, Ysternia, etc.) as a core of culture and tradition that dates back to ancient times, the island will be a major artistic center and place of origin of the major sculptors of the 19th century. At times there have been many efforts to find the reasons why a small island in the Cyclades has become a landmark in world sculpture. This is due to many factors:

According to tradition, while Phidias, being exiled, was led to Delos, he was wrecked in Kionia and during his stay in Tinos he taught the art of marble to locals. Whether or not this story is a legend, a visit to the Archaeological Museum of Tinos proves, at least aesthetically, his artistic affinity with the island.

From ancient times until today, Tinos has had very rich quarries of white (and green) marble. The abundance of raw material certainly played a key role.

Historically, Tinos (only among the Greek islands) was substantially not occupied by Turks, since the relatively loose Turkish rule was brief and did not influence it artistically. The Venetian conquerors (1207-1715) however, appreciate the sculpture, mesmerized by the Tinian folk art and choose its marble for everything they manufacture, providing in this way, a “canvas” to local marble sculptors.

The peculiar natural environment has had a major influence. The rocky, barren soil requires hard work, cooperation, alertness to sharpen, “sculpt” the spirit. The environment is also deductive and abstract and sculpture is the only art in which creation is based solely on abstraction. For windy, Tinos, Antonios Sohos wrote: “… the strong wind continuously blowing and raging, contributes to this spiritual awakening, and to the creation and cultivation of beauty”.

The most important element is the age-old tradition. The knowledge and technical expertise is transferred from generation to generation. It is “part of the DNA” of the child who is born on the outer side (Exomeria) of the island, a stimulus being constantly present in the environment of the village, an experience that motivates creation.

So, arriving in the 19th century it is not surprising that Tinos begets Giannoulis Halepas, Nikiforos Lytras, brothers Fytali, Lazarus and Antonios Sohos, Dimitrios Philipotis, Luke Dukas and hundreds of other known or unknown artists who left their artistic stigma on Tinos but also in Athens and Europe.

In 1834, the capital of Greece was transferred in Athens and the famous Tinian marble craftsmen and artists were invited to create the beautiful, classic, marble built and decorated Athens. A very large number of Tinians were working in public buildings, temples and monuments of Athens. Among their projects were: the Palace of King Otto, the University, the Cathedral (Metropolis), the Academy, the Archaeological Museum, Old Houses of Parliament, Zappeio, the Zohodohos Pigi, etc.

At the same time, the first Marble workshops of Athens open by Tinian sculptors, while others work in the restoration of the most important archaeological sites. From the Acropolis to Kerameikos, Olympia, etc., there have been, through many generations, Tinian marble artists who contributed significantly to the restoration and preservation of monuments, a tradition that continues up now.

If you visit any of the museums of Marble – Marble Crafts on Tinos, you will find examples of the high art of Tinians. But wherever you go on the island, a tower, a lintel, a temple, a bust, a small fountain, a pigeon house will remind you that art is everywhere.

In Pyrgos a Preparatory and Vocational School of Fine Arts is open, providing courses on artistic marble art working. Attendance is free, and the subjects taught are: marble sculpture, architecture, sculpture (clay, gypsum), painting (design, color) art history and exhibition. The first two graduates in the standings each year are admitted without examinations at the Highest School of Fine Arts of Athens.

Museum of Marble Arts and Crafts