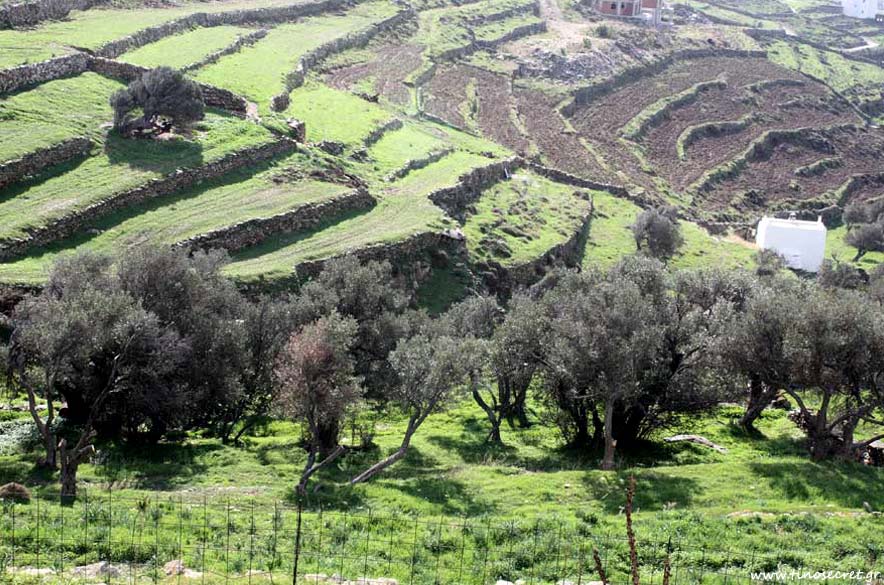 The morphology of Tinos island…

It is generally mountainous and barren with its highest mountains being that of Tsiknias (729m) in the Southeastern part of the island, the Pateles (616m) in the western section, Kehrovouni (604m) with the Monastery of the Assumption and Xobourgo (540m), north of Chora.

You won’t find any forests or large plains. The largest flat area is located in Komi, in the plain of Kolymbithra and the most fertile valleys are those of Livada, Potamia and Agapi.

The Long River – Lazarus flowing into Kolymbithra and Manganari, which flows into the beautiful bay of Livada, are the biggest torrents.

Due to the sloping ground, and in order to create arable land, the inhabitants built the “stone walls” or “benches” that hold the soil and form the characteristic “stairs” that you will encounter throughout the island.