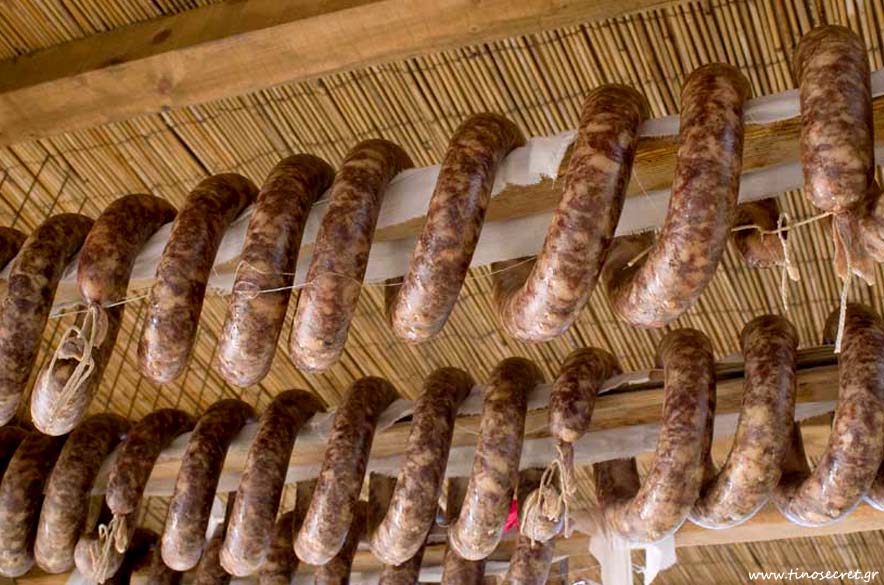 Traditionally, the pig was a particularly important element of the diet and economy of the Tinian family since an animal was enough to cover the bulk of annual needs for meat. It is no coincidence that where Chirosfagia (=Pig slaughtering) is a custom, it has been maintained unchanged since the Byzantine times. Produced of pork are the following Tinian tidbits:

The Tinian sausage is well known and you will find it seasoned with fennel and garlic.

Lousa is pork meat, cooked in sweet black wine, wrapped in intestine and then, after drying in the air, being served, finely sliced.

The sysira or syglina are small pieces of pork preserved in fat and arranged in clay pots, called creases or glinera. Frequently used in the traditional omelette (froutalia).

The famed for its taste Tinian beef from the local breed cows has long been one of the main export products.

As an Aegean island, Tinos could not only but have fresh fish. The so called savori (fish), covered in must syrup, is a traditional Tinian recipe.