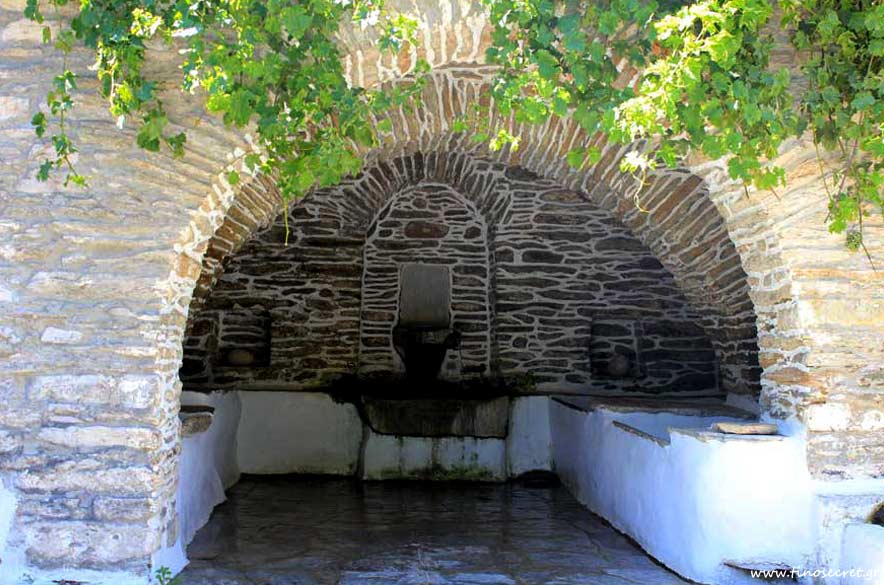 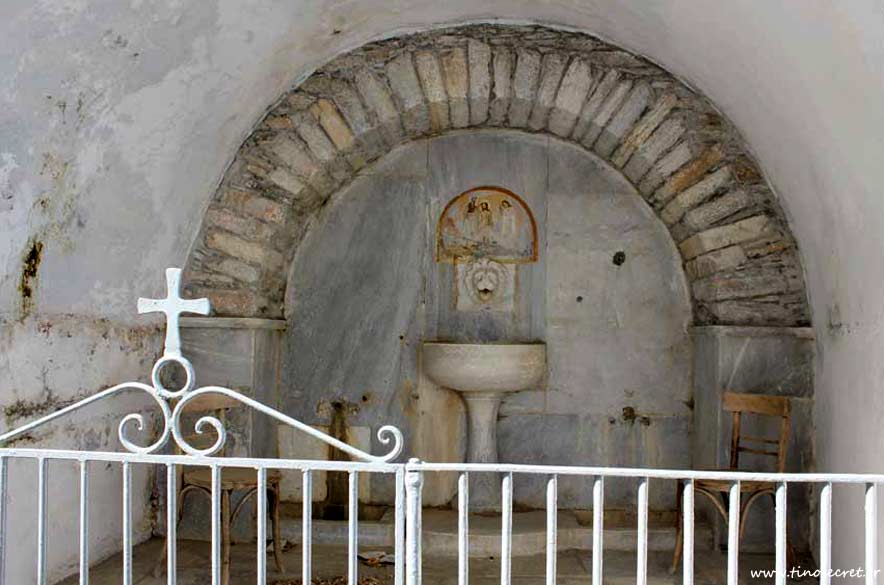 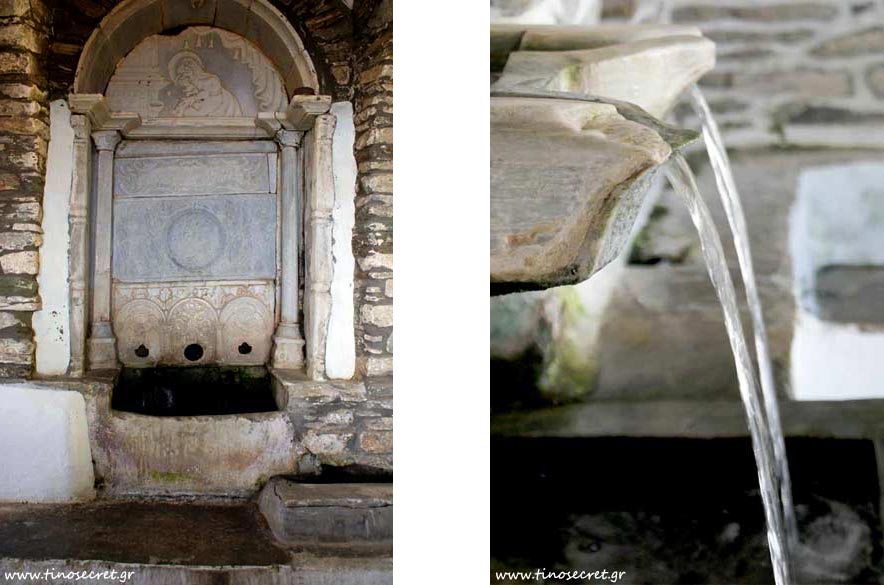 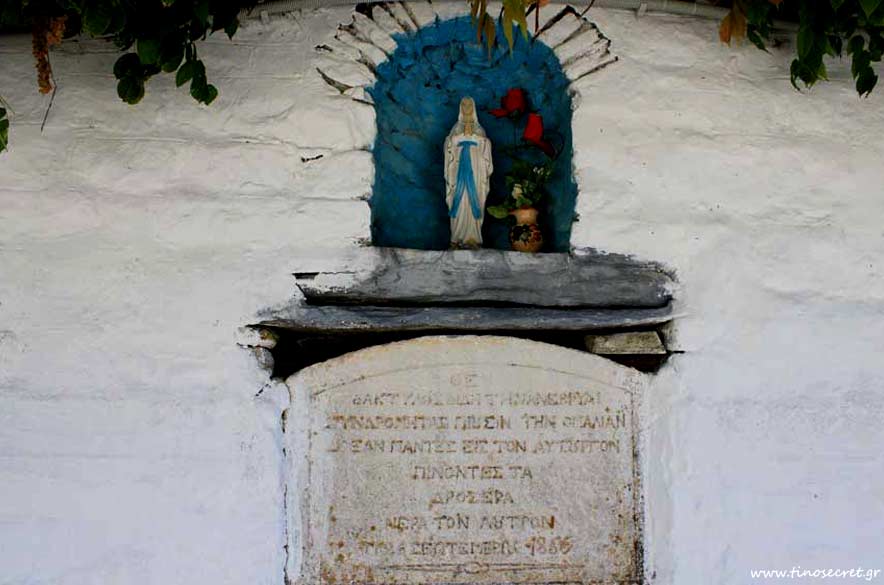 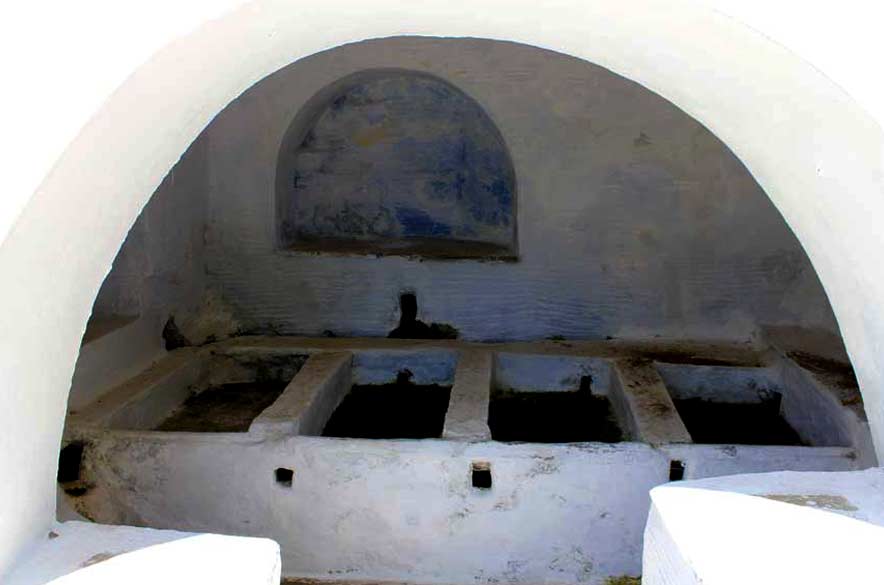 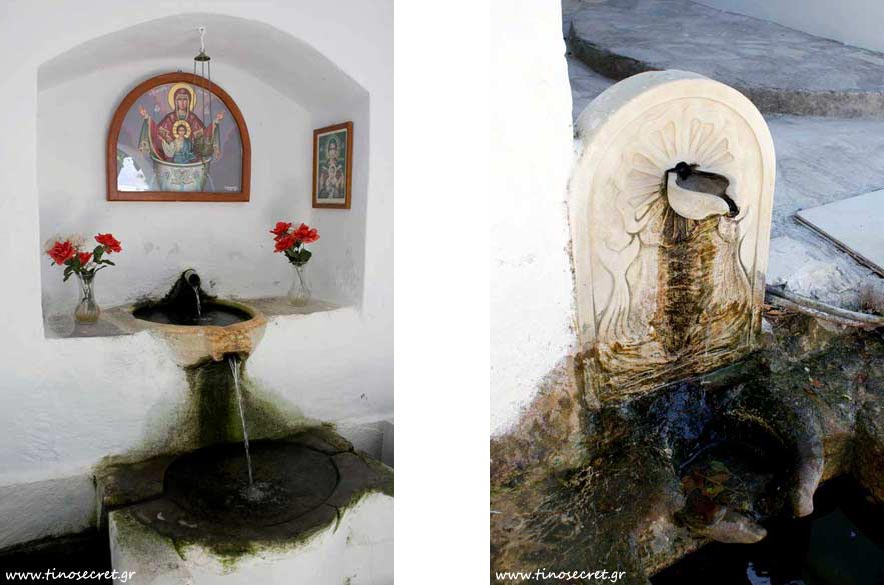 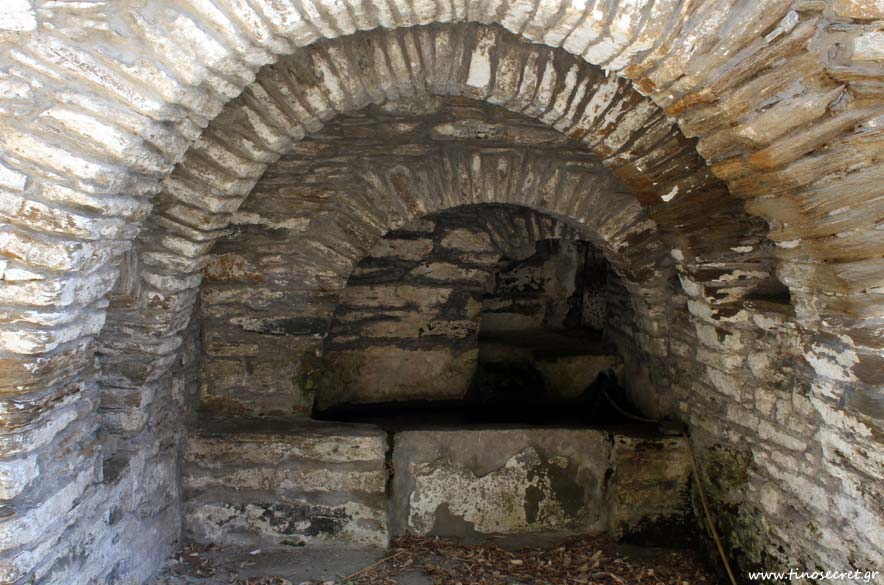 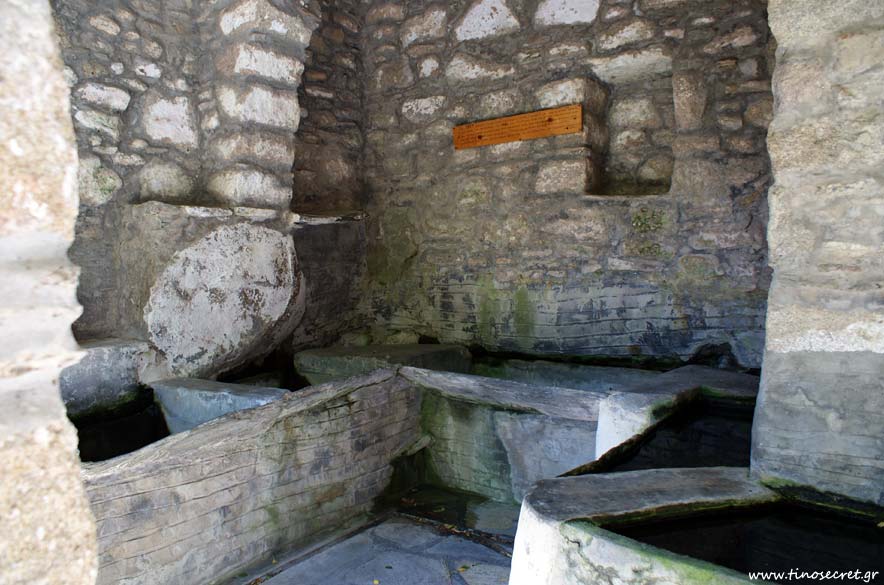 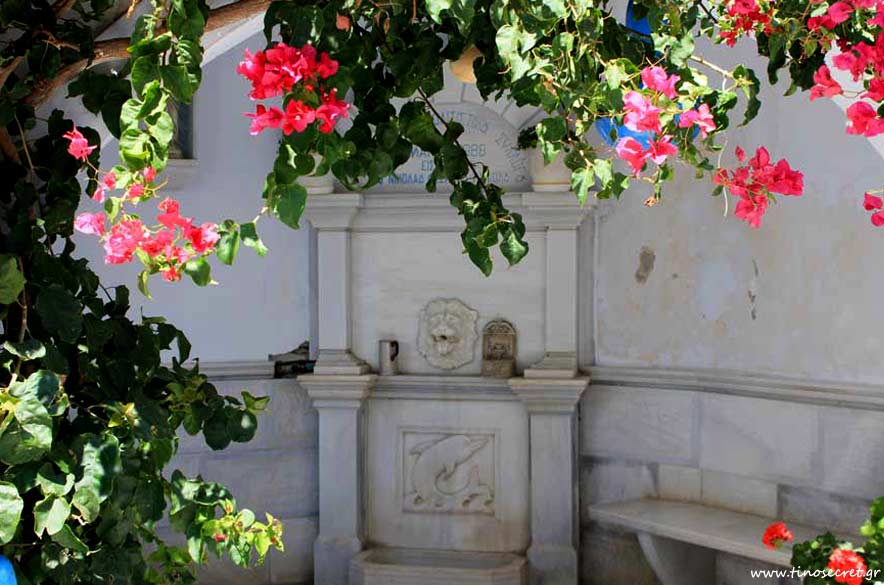 The traditional fountain on Tinos island…

The nickname of the island “Hydrousa” originated, according to one theory, from the waters and springs being abundant, in the past.

On the island there are 86 fountains, built mostly in the 18th and 19th century.

The open-air ones were intended for supplying water to whole settlements of houses, churches and monasteries while the sheltered ones were used for watering fields, cattle or the washing of carpets and clothes.

The Xinaria are the marble decorations, around the point where the water gushes up, patterned with flowers, fruits, birds, fish, etc, and their themes are based on tradition and religion.

The deep religious feeling is apparently depicted on fountains. Icons and candles are placed by the fountain so that Virgin Mary blesses the water.

Elaborated fountains can be found throughout the island, at the church of Panagia, the villages of Pyrgos, Ysternia, Agapi, Arnados, Volax.