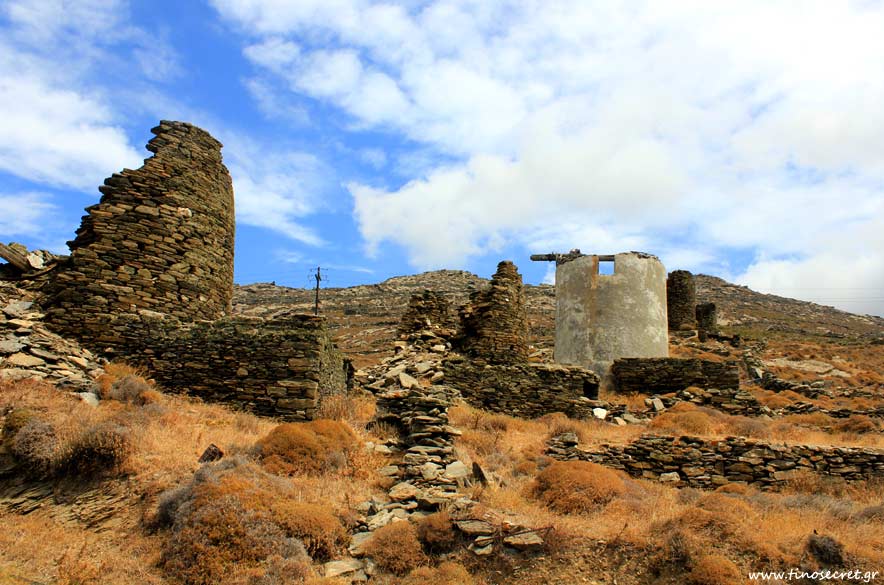 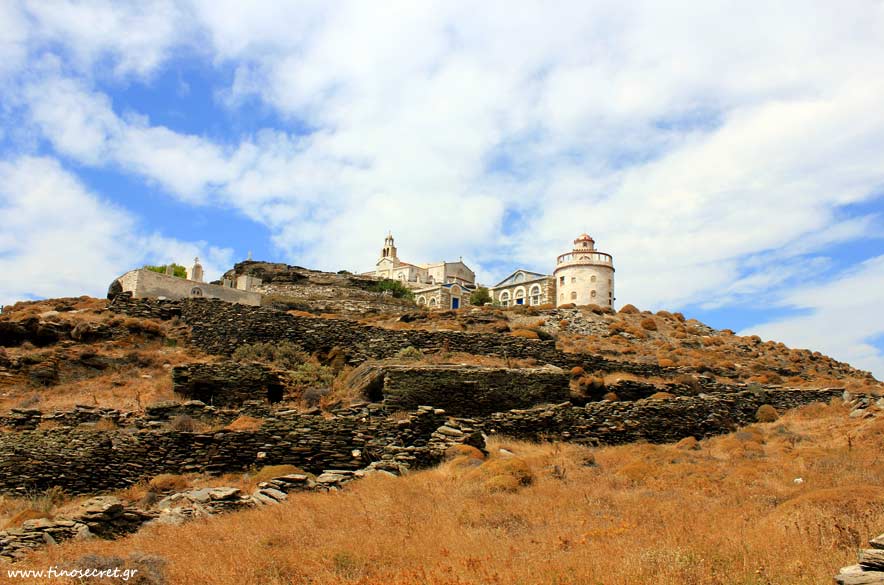 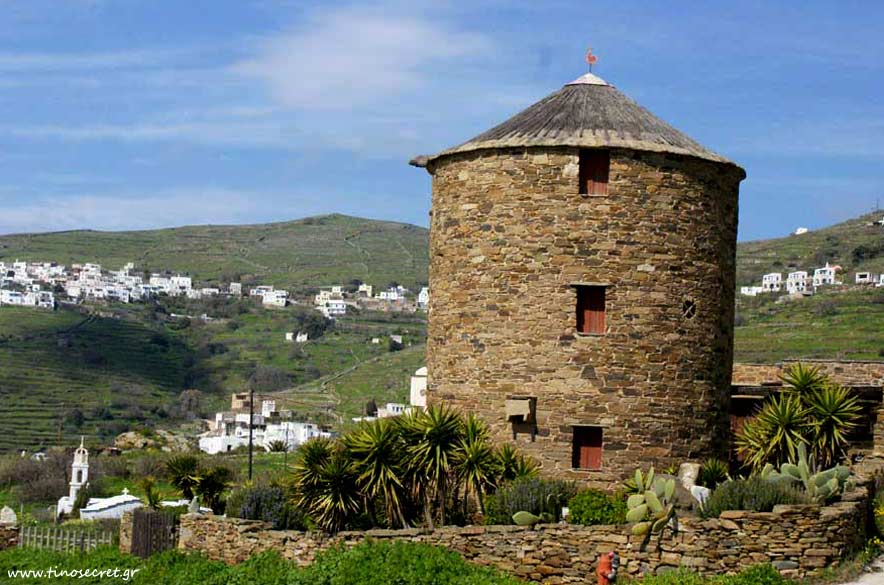 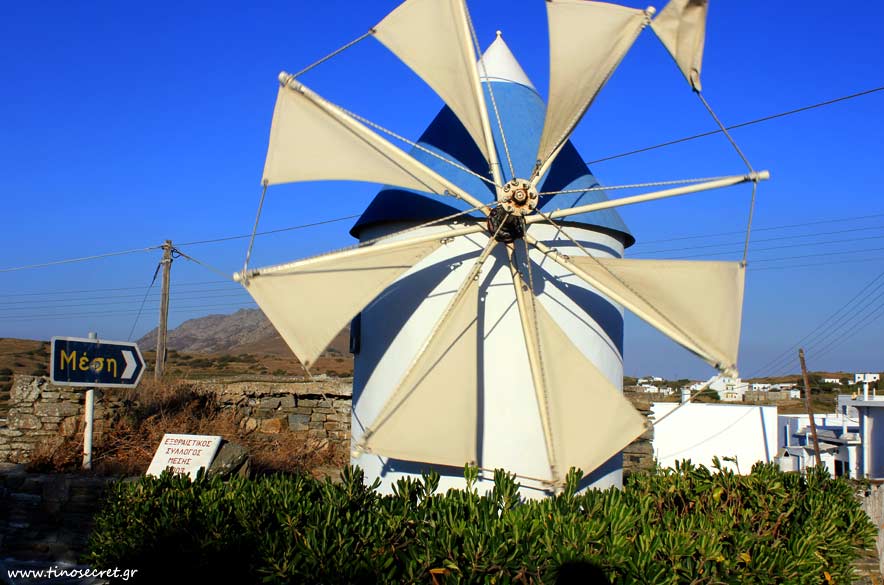 The windmills in Tinos…

The windmills first appeared on the island when Tinos was under the Venetian rule.

The strong wind proved to be a valuable ally for milling wheat.

The classic windmill has a round shape, three levels and eight antennas that hold triangular sails, while the moving part lies on the dome.

The mills, which must have been more than 100, have contributed significantly to the economy of the island (19th century), yielding significant quantities of exportable wheat.
The presence of mills was of major importance for the feeding of residents in challenging periods of Ottoman and German occupation.

The last mills were abandoned shortly before the 80s and since then they have been transformed into sightseeing places or turned into original homes.

The windmills are scattered throughout the island but heading towards Pyrgos, Ysternia, Kardiani, Tarambados, Kambos, or Ktikados you will definitely find several mills particularly impressive.

Along with windmills, watermills were also operating in areas with streams (at Lazarus, in Agapi, in Perastra etc.).