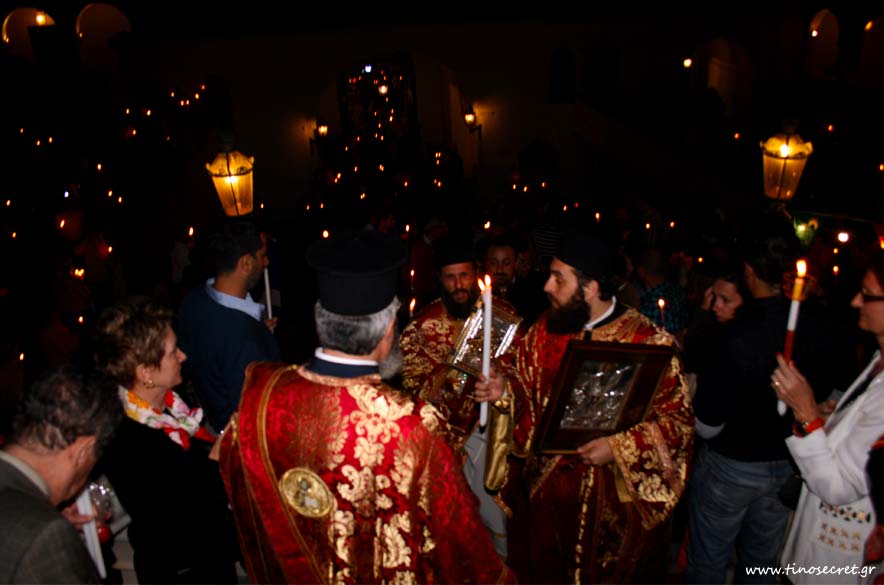 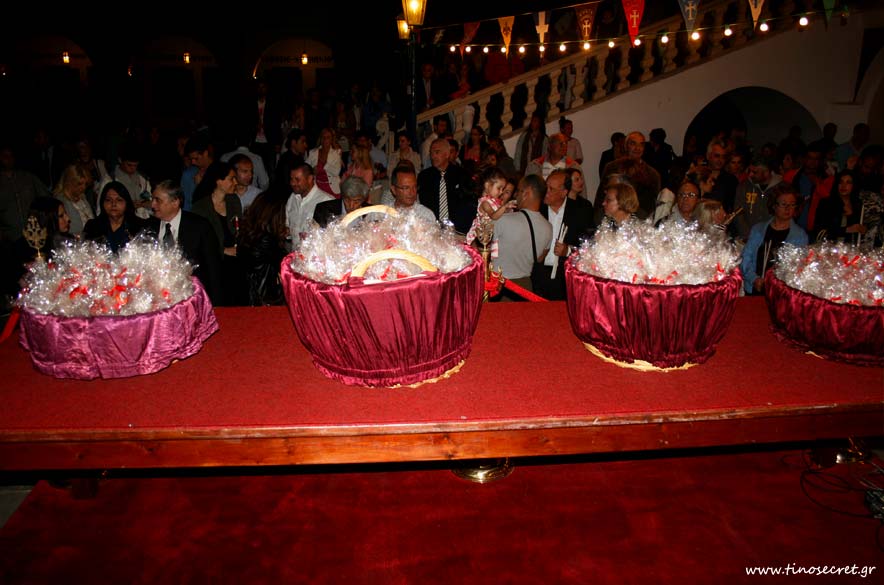 The Resurrection local customs in Tinos…

The morning of Holy Saturday marks the first Resurrection. When ‘Christos Anesti’, -the most important and joyful message of Christianity about the defeat of Death- is announced by the priest, lemon leaves are strewn across the church and everyone is trying to catch one in the air and keep it for good luck and blessing.

In the evening, just before the service of Resurrection is held, white and red candles are distributed among the parishioners.

When the psalm of “Christos Anesti” is heard, being excitedly sung by the priest, bells begin ringing and fireworks tear up the sky turning night into day. Each parish is rivaling the other in one thing: which one will produce the biggest sound.

Then, fireworks called “trombones” take the lead. Previously the “pots” containing gunpowder and being buried in the soil, created a deafening noise. That was why they charged someone already deaf to illuminate them.

At the same time, children were making themselves the “triangles” with some wick and a little gunpowder, which were used instead of the modern dynamite.

All chapels will solemnly hold the service of Resurrection after Easter.

The local customs during...

The vision of Agia...

Easter Monday: The custom of Love

The custom of Love...