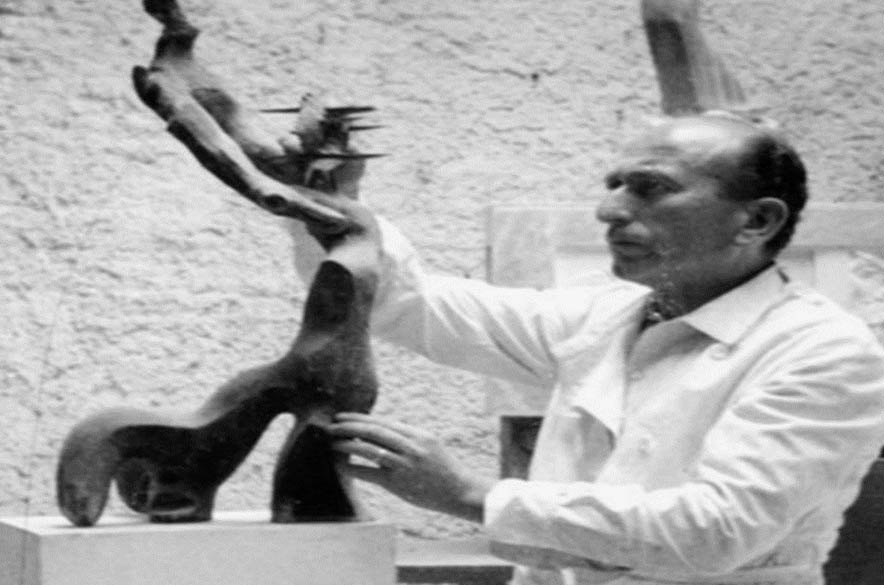 His origin from Ysternia of Tinos, played an important role in the subsequent evolution of his career. Although the family was established in Athens, he along with his sculptor father, never failed to visit Tinos every summer and especially Pyrgos, where he met the legendary artist Yannoulis Halepas.

The simplicity and purity of the landscape grafted his talent. It is no coincidence that over the representational creations, he dealt routinely with creating abstract compositions and never stopped experimenting with the limits of abstraction in his sculptures.

After graduating from high school, Lazarus Lameras studied at the School of Fine Arts, University of Athens and he created his first sculpture, a bust of Boumboulina which today is found in Pedion Areos Park (Athens).

Granted a scholarship from the Academy of Athens, he continues his studies at the School of Fine Arts Academy of Paris. After completing his studies he returned to Greece with the outbreak of the First World War.

Guided by a pioneering spirit, he never ceased creating exhibitions and extracting awards. An illustrative example is the monument of the Unknown Political Prisoners, first being awarded in an international competition and then exhibited at the Tate Gallery in London.
His work, moving between marrying tradition with modern trends, yesterday and today, urges us to join in this process of “marrying” or a ride back to the stone pavilion of Filothei in Athens (bust Kosti Palama), or by visiting Tinos.