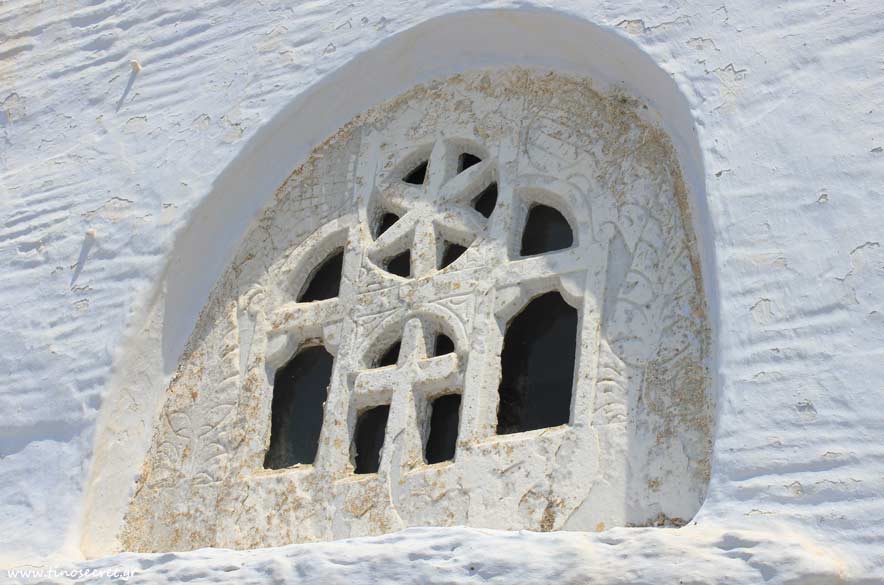 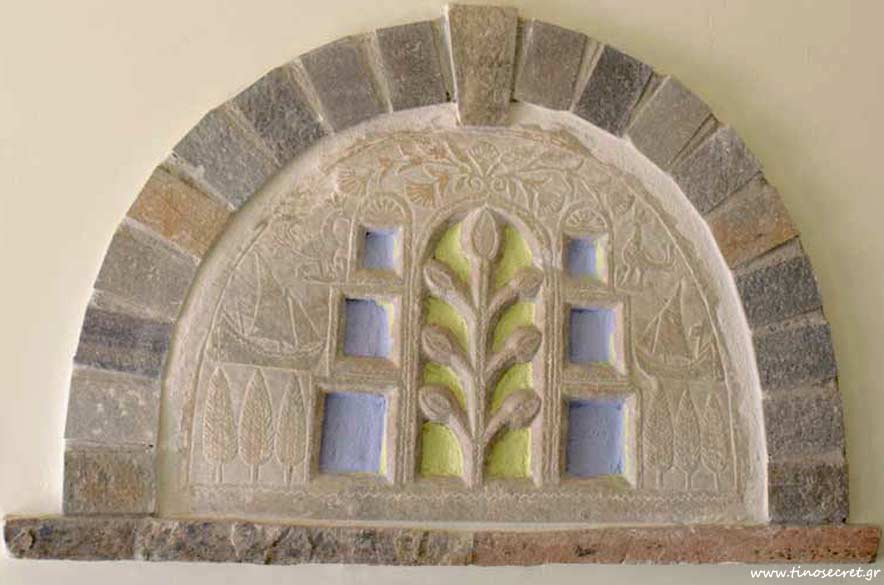 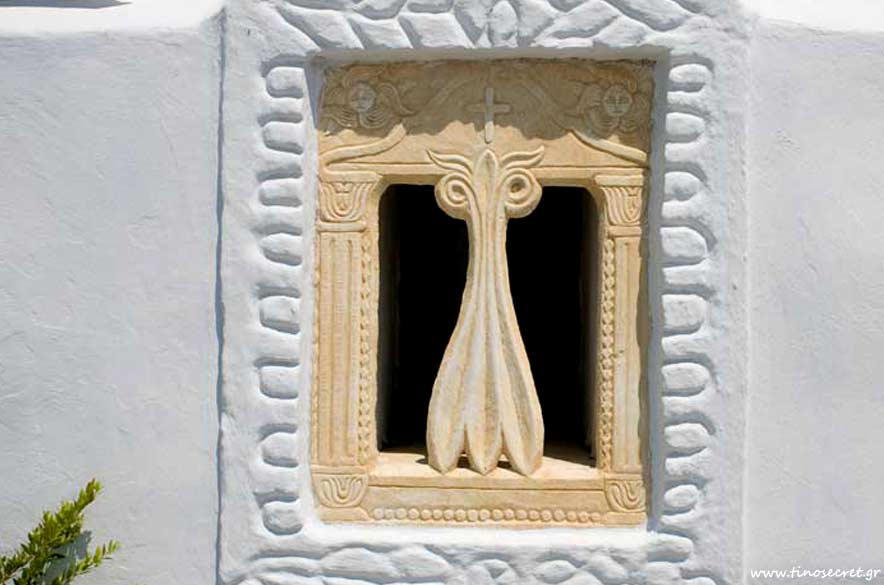 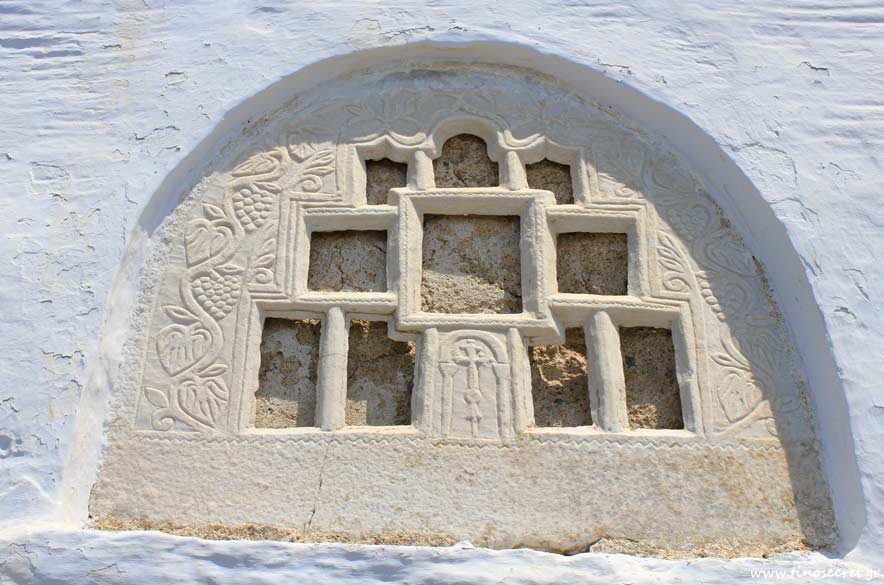 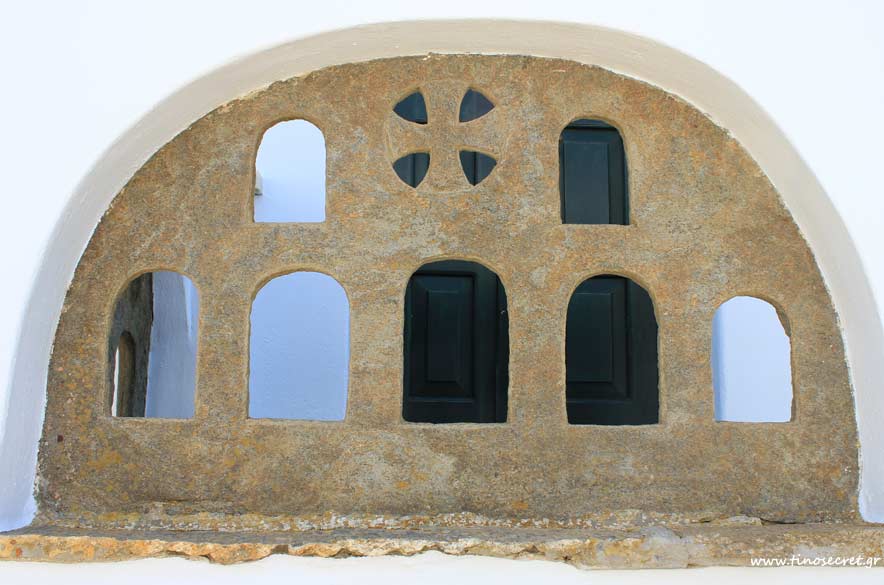 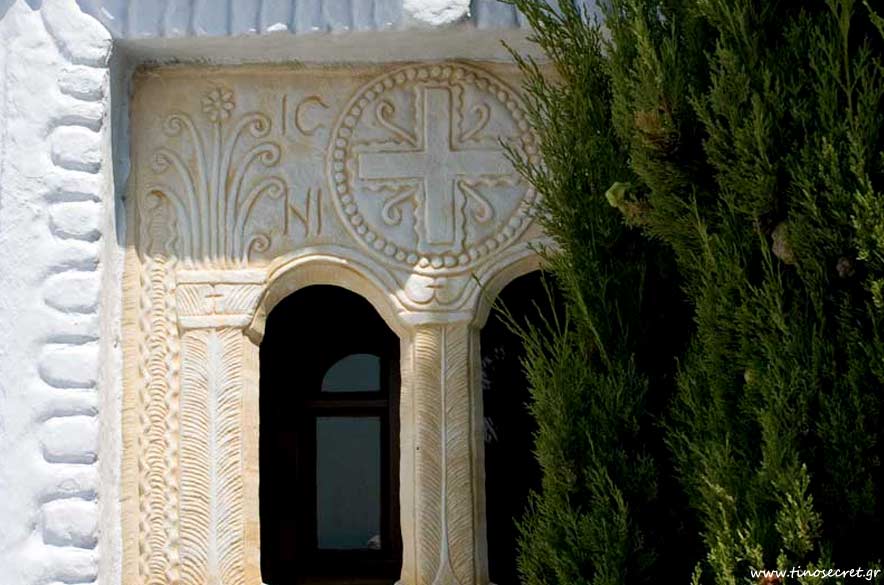 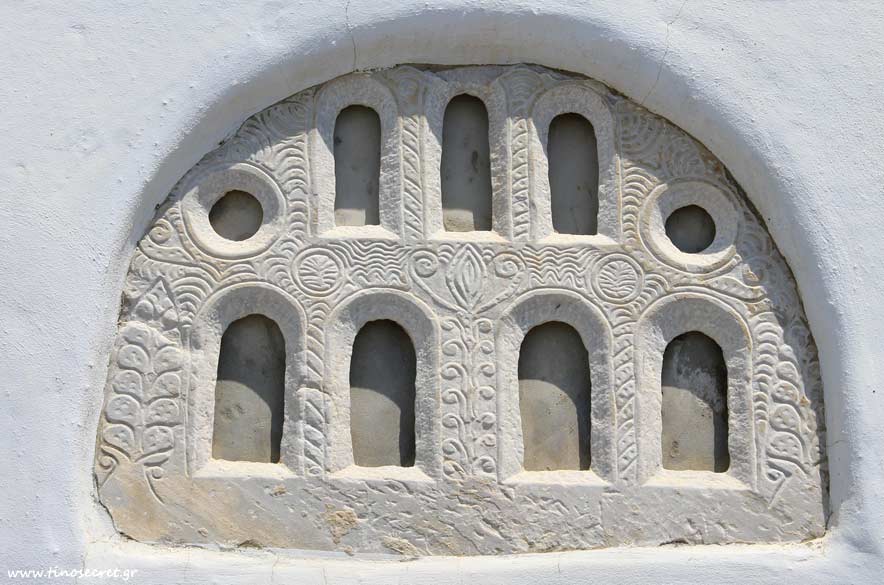 The Lintels in Tinos…

Lintels (skylights or fotothyrides) are very common elements in the traditional Tinian buildings.

Placed over the doors and windows and, beyond their functional role to improve the lighting and ventilation of the house, are representative of the high level of folk art of the island.

Made of marble, are usually semicircular and their motifs vary. Fish, birds, boats, sailboats, flowers are some of the most common motifs. The insignia on doorways of the houses of Venetian officials and other wealthy families, were indicative elements of power and prestige.

Depending on their age, they show elements of the Byzantine or Venetian style, from which modern marble craftsmen were influenced.

According to popular tradition, they prevent the demons to enter the house.