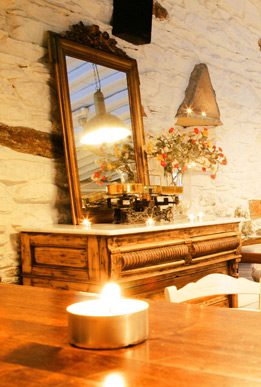 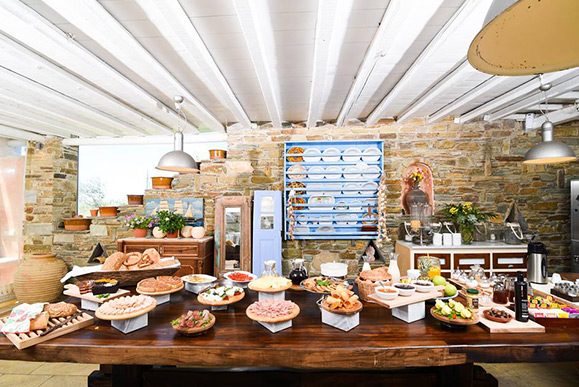 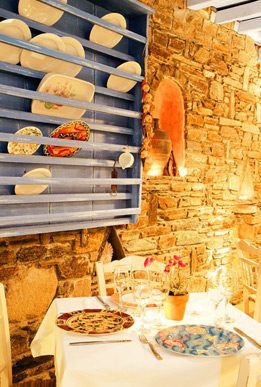 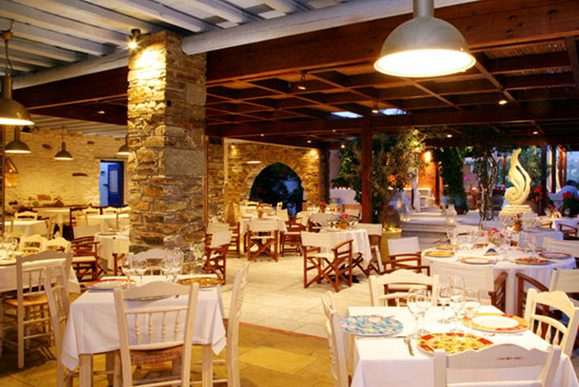 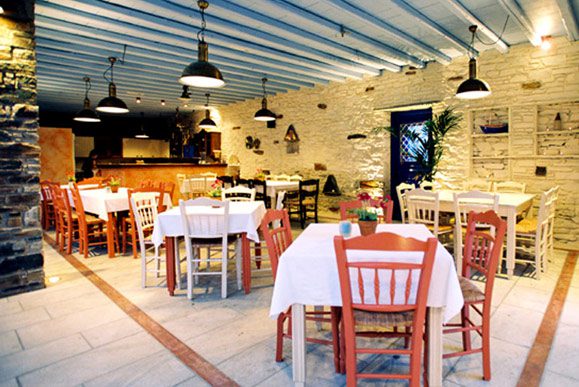 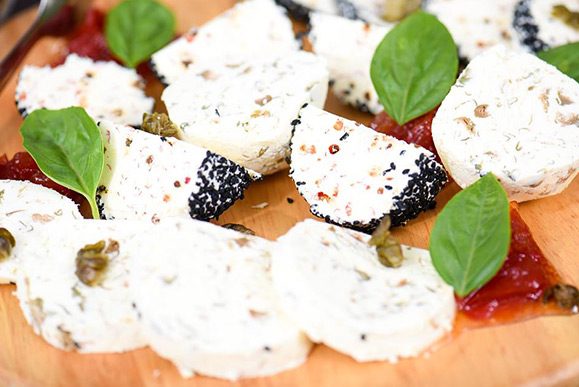 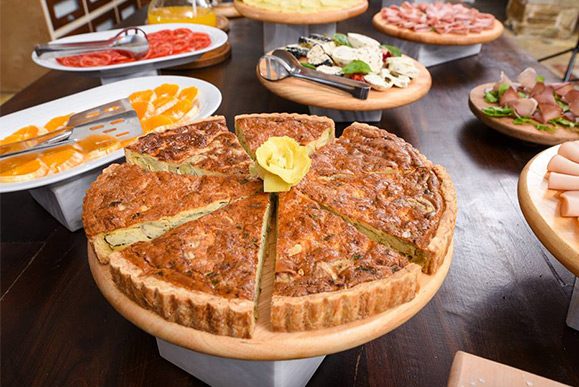 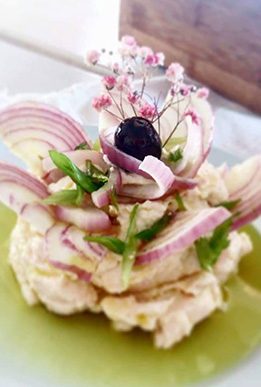 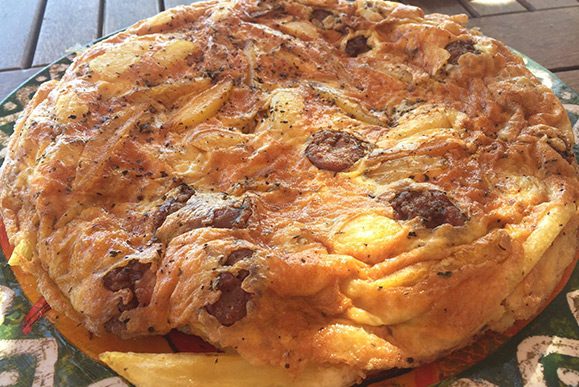 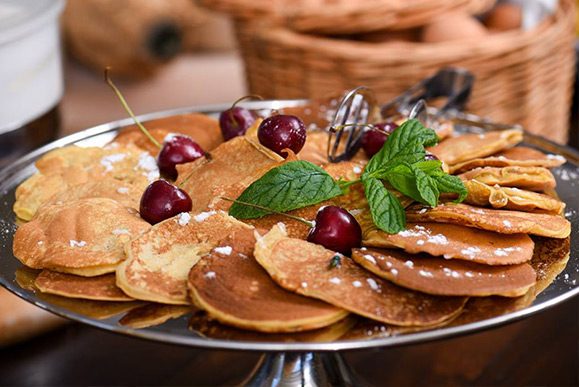 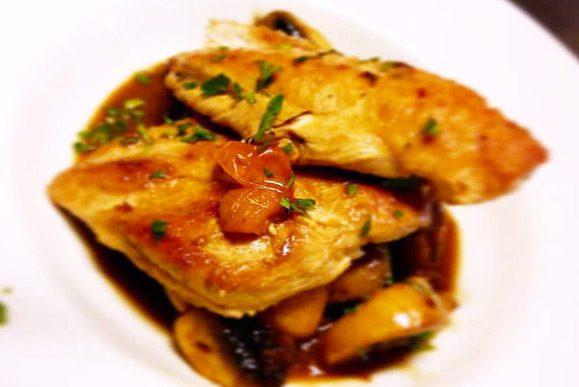 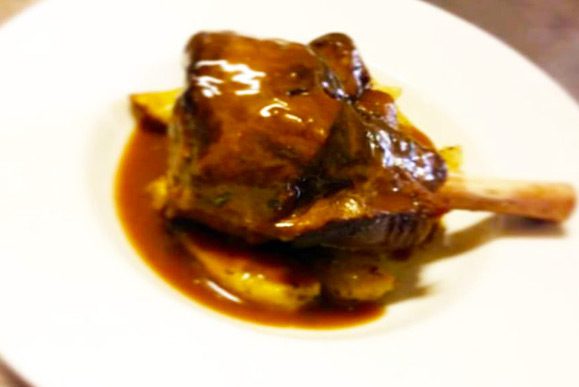 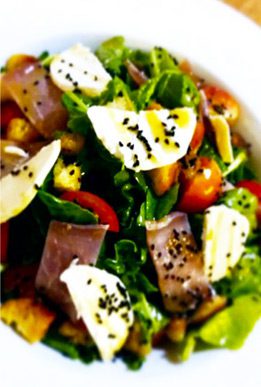 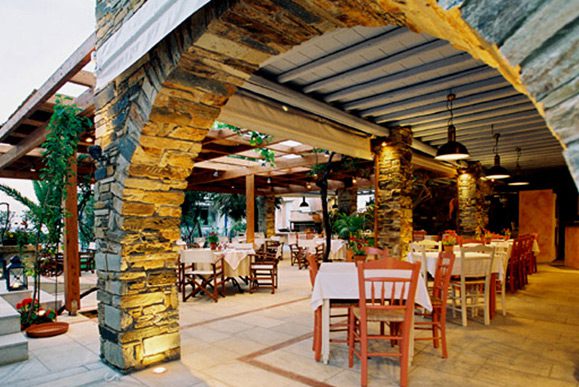 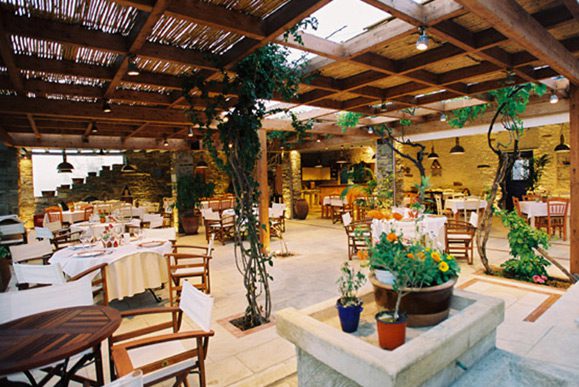 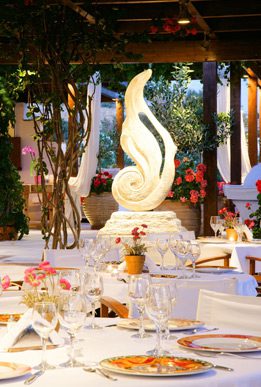 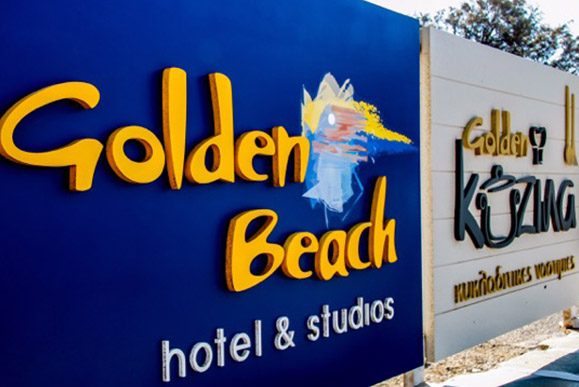 In the large summer terrace of the Golden Beach, on the beach of Ag.Fokas, the Golden Kuzina is a tasteful “challenge” in the morning with a rich breakfast buffet until late in the evening for dinner and drinks. The place constructed on two levels is dominated by green, stone and decorative elements of Tinos traditional architecture with modern touches.

The cuisine is traditional Greek with references to local cuisine and creative additions. The vegetables from the vegetable garden next to Golden Beach combined with cheeses of their own production and the local products coming from the villages of Tinos are the basis for fresh salads. Delicious starters include salty donuts with ricotta and feta cheese, the meatballs with yogurt and the tart served with Tinian baby artichokes. Emphasis is given to seafood such as the steamed mussels with tomatoes, fennel and ouzo, the octopus with caramelized onions and the cod croquettes playing the leading role. The meat eaters would prefer the lamb shank, the pancetta with rosemary, honey and mustard or (Giuvetsi) meat with pasta baked in the oven – being the favorite! The choice of the wine list based on producers from the Cyclades complements the tasty treat topped with the notorious mastic mousse or pan cakes with chocolate mousse and strawberry.

Golden Kuzina dishes are also served at the GB Deck on the organized beach.